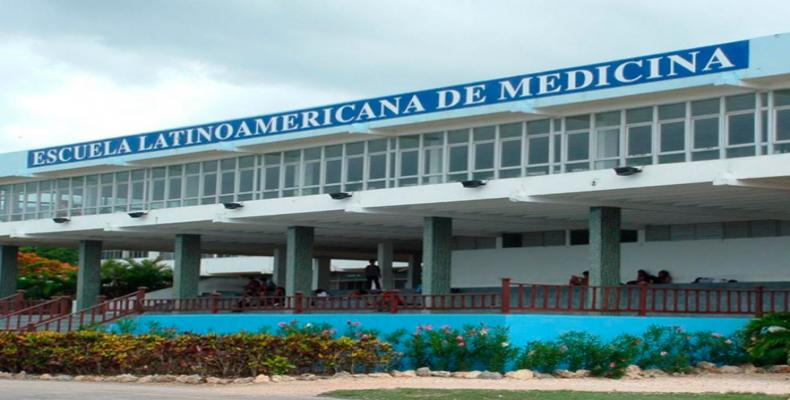 Havana, Nov 24 (RHC) The Cuba-U.S. Youth Friendship Meeting began Thursday with an exchange between representatives of the U.S. and students of the Latin American School of Medicine (ELAM) and a debate on bilateral relations.

The rector of the institution, Yoandra Muro recalled the founding of ELAM 23 years ago, conceived by the leader of the Cuban Revolution Fidel Castro Ruz (1926-2016), after the disaster caused by hurricanes Georges and Mitch, during their passage through Central America and the Caribbean in 1998.

The doctor mentioned the solidarity presence of around 100,000 professionals in more than 165 countries, the creation of the Integral Health Program, and the call for students from the affected communities to study medicine in Cuba free of charge.

She recalled that in February 1999, the first 327 young people from Nicaragua arrived in Havana.

Through international student and youth organizations, Fidel extended the invitation to the rest of the continent and, in November of that year, ELAM was born with the presence of 18 nations.

Muro informed that, after a little more than two decades, 30,636 young people from 120 States graduated from this educational entity, and considered it as a space of "solidarity, love, friendship, respect for ideologies, deep diversity and understanding".

On the other hand, officials from the Ministry of Foreign Affairs (MINREX) spoke about the historical link between Washington and Havana, the policy assumed by President Donald Trump (2017-2021), and the tightening of the economic, commercial, and financial blockade with 243 new measures under his mandate.

The 50 young U.S. participants in the meeting also inquired about the impact of that unilateral policy; the island's ties with the rest of the world and its major political partners, and the impact of the victory of Luiz Inácio Lula da Silva in Brazil. (Source: PL)