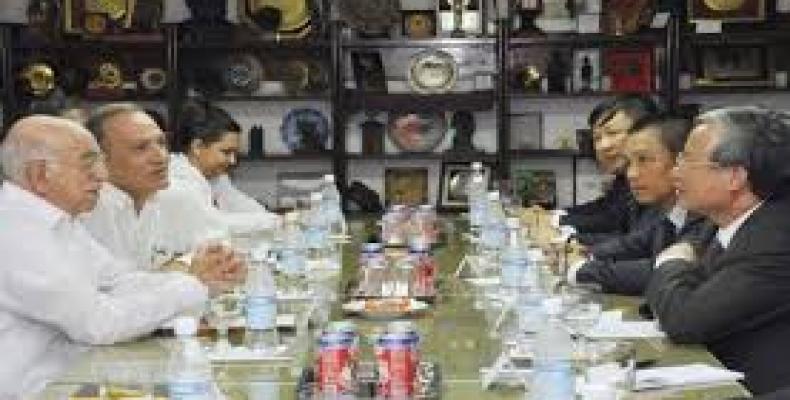 Havana, November 12 (RHC) -- Cuban Vice President Jose Ramon Machado Ventura held a meeting on Tuesday morning with Tran Quoc Vuong, a member of the Secretariat of the Communist Party of Vietnam and Head of the Office General of the Central Committee. Tran Quoc Vuong heads an official Party delegation on a visit to Cuba, at the invitation of the Cuban Communist Party.

According to Granma newspaper, Machado Ventura, who also serves as Second Secretary of the Cuban Communist Party, and the distinguished visitors reviewed current bilateral relations between both governments and political organizations. They reportedly discussed relevant international issues.

Earlier, the Vietnamese delegation participated in the Second Theoretical Seminar between the two parties, which was held at the headquarters of the Central Committee of the Comunist Party of Cuba.

Participants for Cuba included José Ramón Balaguer Cabrera, member of the Secretariat and Head of International Relations Department of the Central Committee, and other party officials. On the Vietnamese side were the Ambassador of that country in Cuba, Duong Minh, and members of the delegation.