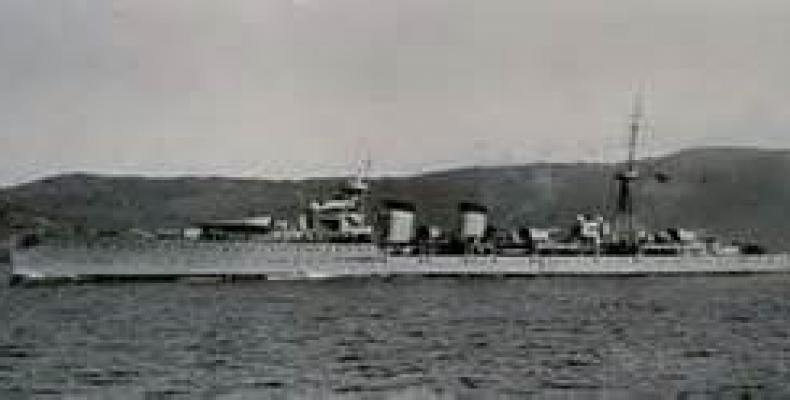 Santiago de Cuba, January 31 (RHC-PL) -- The wreckage of Spanish Admiral Pascual Cervera's fleet, involved in the end of the Spanish-Cuban-American War, will be declared a national Monument during an international symposium on underwater activities next July.

Gladys Collazo, president of the National Heritage Council, said it will be an important event due to the historical relevance of the submerged relics, which will join other subaquatic items of value in the country.

She said the ceremony will include foreign guests, especially family members of the Spanish soldier, who led the fleet that was part of the war actions on July 3rd 1898 and sank by US forces.

The wreckage is located along the Santiago de Cuba's coastline, creating big underwater archaeological park that will be preserved as part of the Cuban underwater and natural heritage.