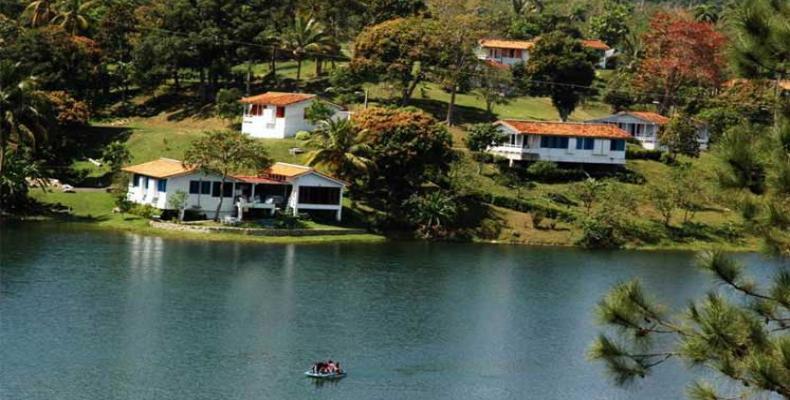 Havana, March 1 (RHC) -- Las Terrazas Cultural Landscape, located at Sierra del Rosario, was declared a National Monument over the weekend for its historical, cultural and architectural values, coinciding with its 49th anniversary. Las Terrazas, according to the declaration of the National Monuments Commission, besides being a geographical space, is a mixture of historical, social, economic and cultural relations that define it as a cultural landscape.

The document adds that it combines significant elements, such as El Taburete and El Salón heights, Las Terrazas community and Moka Hotel, masterfully harmonized with its natural environment in the same valley and historical testimonies preserved in it, a refuge for slaves who ran away from coffee plantations and one of the headquarters of the independence campaign in the country’s western region. At Las Terrazas community, the intangible cultural expressions of the Sierra del Rosario countrymen and women are kept alive, favoring ‘la décima’, local cuisine and storytelling, fed by new contemporary contributions, such as that of singer-songwriter Polo Montañes.

The plaque that recognizes Las Terrazas Cultural Landscape as a National Monument was unveiled in the community square by National Heritage Commission President, Sonia Pérez, and Las Terrazas Complex Director, Marianelis Hernández, who highlighted it as a gift that involves the commitment of ‘terraceros’, protagonists of the community’s gains, For Cuban artist Lester Campa, one of the main cultivators of Cuban landscape, whose studio is located at Las Terrazas, the condition of National Monument dimensions the paradise-like site that stands out for its beauty and the joy of its people.