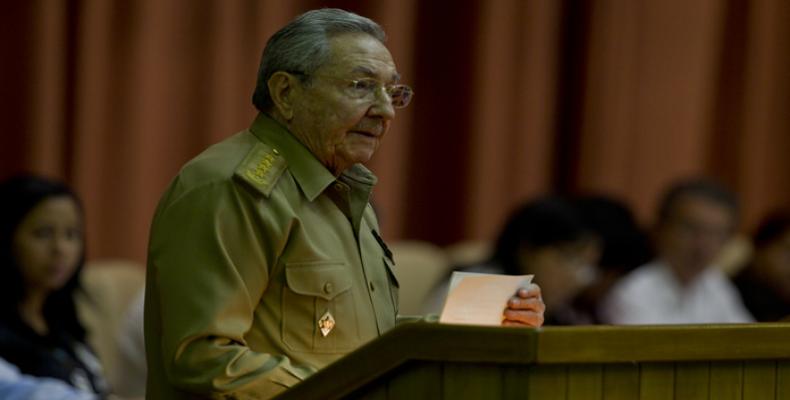 Havana, July 16 (RHC) -– Cuban President Raul Castro has called on his U.S. counterpart Barack Obama to use his executive powers to dismantle the economic, trade and financial blockade imposed by Washington on Havana.

In his closing remarks at the plenary session of the National Assembly of People's Power on Wednesday, Raul Castro labeled the economic sanctions as the main stumbling block towards normalization between the two nations.

The president also said that during the first half of the year, the nation has faced severe external financial constraints. "Amid these difficulties, Cuba has managed to preserve social services for the people, and we can say that it has substantially improved the epidemiological situation. Moreover, monetary and financial stability has been maintained. Inflation generally is staying at anticipated levels, between three and five percent, even though we cannot ignore the public concern about the high prices of agricultural products, which grew more than the average salary."

Raul Castro stated the nation prepares to host Pope Francis in September. "We're preparing to receive Pope Francis in September, with affection, respect and hospitality, as he deserves. The Pope arouses worldwide admiration for his message of peace and equity, the eradication of poverty, environmental protection and his analysis of the causes of the problems of humanity. We have all followed him closely, especially during his memorable visits to Ecuador, Bolivia and Paraguay."