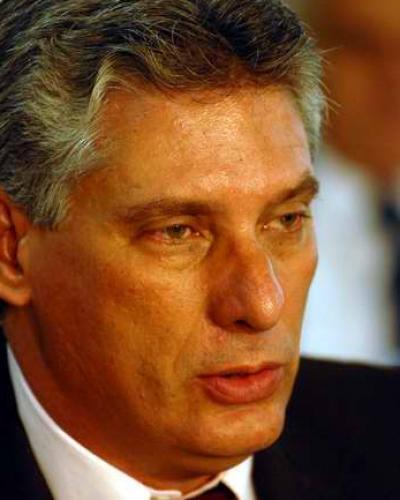 Beijing, September 3 (RHC)-- Cuban First Vice President Miguel Diaz-Canel attended the military parade for the 70th anniversary of the victory of the Chinese people over fascism.

Diaz-Canel arrived in China before taking part in the celebrations of the anniversary and activities celebrating 55 years of diplomatic relations between the two countries.

As part of its activities in the capital of China, the Cuban first vice president visited the War Museum of the Chinese People's Resistance Against Japanese Aggression and spoke with the deputy head of state, Li Yuanchao, who highlighted the successes of the Cuban Revolution in various fields and the excellent state of bilateral ties.

On Thursday, Diaz-Canel attended a reception offered by Chinese authorities and a cultural gala at the Great Hall of the People in Beijing.