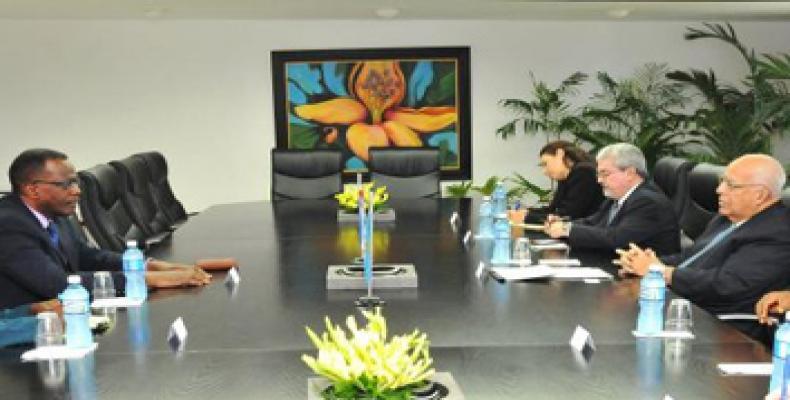 Havana, October 9 (RHC)-- - Cuba and its sister Caribbean island nation of Saint Lucia are considering ways to deepen trade relations as that country's Deputy Prime Minister Philip J. Pierre said that an increase of bilateral commercial exchange would also include other Caribbean countries.

According to Pierre, the idea is to expand exports from all countries and take advantage of the opportunities offered by each market in order to introduce as many products as possible.

He told Prensa Latina news agency in Havana that an important aspect for the strategy is to set up new transportation ways, since all those involved must be able to both transport goods and personnel.

The Saint Lucian official thanked Cuba for its assistance in the training of doctors and the work of Cuban medical specialists in his country. He also recalled that his government has backed Cuba at international forums in its struggle for the lifting of the U.S. economic, commercial and financial blockade.

Pierre has been on a working visit to Cuba since Monday, during which he has met with local government officials, including the Vice President of the Cuban Council of Ministers Ricardo Cabrisas, with whom he addressed issues like energy and transportation, regional integration and other topics.