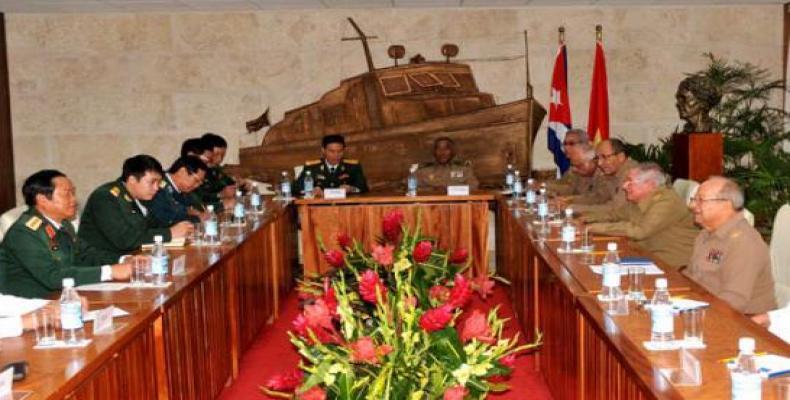 As part of the meeting, a joint working session was carried out, where the Chief of the Staff of the Vietnamese People's Army was interested in learning about the experiences acquired by Cuba in the modernization of technique and armament.

The high-ranking Vietnamese commander pointed to the special relationship between the two peoples, and his country's willingness to help friends.