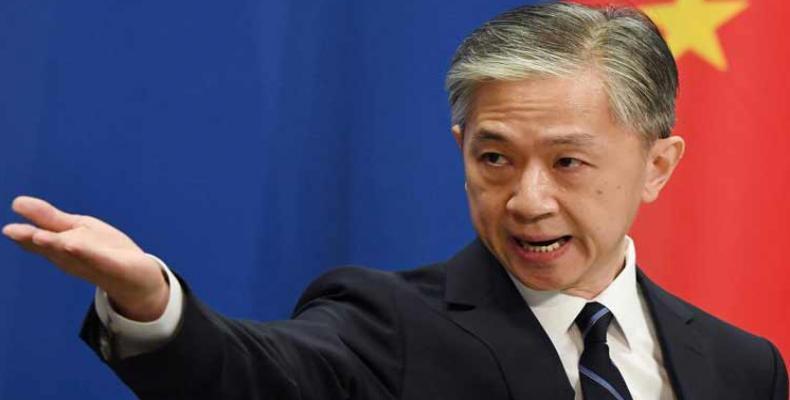 Beijing, December 21 (RHC)-- China condemned Monday the use of human rights by the United States as a subject of political pressure and interference in Cuba's internal affairs, urging it to normalize bilateral ties based on respect for human rights.

Prensa Latina news agency reports that Wang Wenbin, spokesperson for the Ministry of Foreign Affairs, reiterated his government's opposition to the double standards and the criticism used as a pretext to promote foreign interference in the Caribbean nation.

He said China has always maintained that the United States must respect Cuba's sovereignty and independence and eliminate the economic, financial, and commercial blockade, imposed unilaterally and for more than half a century.

He urged Washington to turn around its ties with Havana but based on equality, to respond to both peoples' interests.

Likewise, Wang considered that the normalization of the ties between the United States and Cuba would lead to Latin America's stability and development.

His statements ratify China's stance against the coercive policy and the White House's insistence on using human rights as an argument to impose on the island.

The Asian nation has always joined the majority of the international community in demanding the lifting of the US blockade of Cuba, considering it to be harmful to the interests and lives of the island's people and contrary to the United Nations Charter.

For years, Beijing has called on Washington to correct that hostile position and denounced the extraterritorial nature of its sanctions since they violated international law.