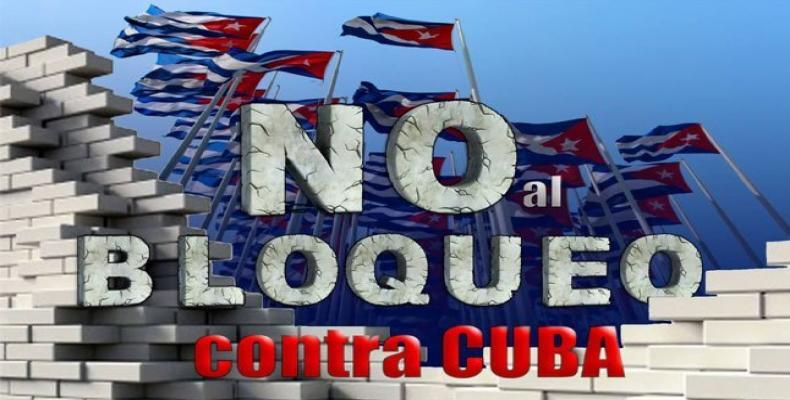 Washington, April 27 (RHC)-- The Second Campaign 'Days of Action against the Blockade' in Washington DC' has ended with a successful community forum at the Law School of the University of the District of Columbia. The forum focused on the current state of U.S./Cuban relations.

Panelists included well-known Cuban attorney Jose Pertierra who practices in Washington DC, Stephen Kimber, Professor of Journalism at the University of King's College in Halifax and the Ambassador of Cuba in Washington DC, José Ramón Cabañas. Issues discussed included the Cuban Adjustment Act, the regime change programs still in place, and what more can Obama do using his Executive Powers to effectively eliminate the blockade.

During this year's five-day event, solidarity activists from cities across the United States, including Hawaii, and also from Brazil and Canada, attended a variety of activities.

The event was organized by a coalition of groups in the U.S., including the International Committee for Peace, Justice and Dignity, IFCO/Pastors for Peace, the National Network on Cuba, the Institute for Policy Studies, and the Venceremos Brigade.

The 'Days of Action' campaign began on April 18 with visits to Capitol Hill, targeting members of congress, who have not yet signed onto legislation in favor of ending the blockade and/or the travel ban. Also, some visits were geared to members of congress who have been supportive of changes in U.S. policy towards Cuba.