Activists in more than 50 cities demand the elimination of U.S. blockade against Cuba 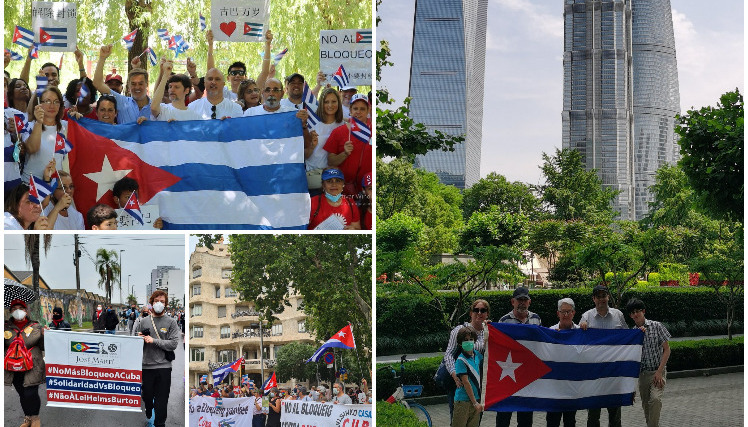 Havana, Jun 20 (RHC)-- Cuban Foreign Minister Bruno Rodriguez said Sunday that the demand for eliminating the U.S. blockade from more than 50 cities around the world accompanies the Caribbean people in their struggle.

On Twitter,  the foreign minister described the siege imposed by Washington almost six decades ago as a 'criminal policy'.

Likewise, he assured that the solidarity of sister countries will be with the island next June 23 at the United Nations General Assembly, when the resolution "Necessity of putting an end to the economic, commercial and financial blockade imposed by the United States of America against Cuba" will be voted on.

This weekend, cities in several continents hosted car rallies, bike rallies, and other initiatives on social networks as part of the IV World Caravan to demand the end of the coercive measure.

The provinces of Matanzas and Holguín, representing all of Cuba, accompanied the international movement, starting with a regatta and bicycle rides through main streets with messages condemning the policy.

According to the Cuban Institute of Friendship with the Peoples (ICAP)--  the following Monday, Tuesday, and Wednesday, solidarity groups, friends, and people of goodwill in different latitudes have coordinated actions to accompany the island in its demand.

The blockade is considered the main obstacle to the development of the country and a massive violation of human rights.

In almost 60 years of applying the blockade, the damages amount to 147,853 million dollars.