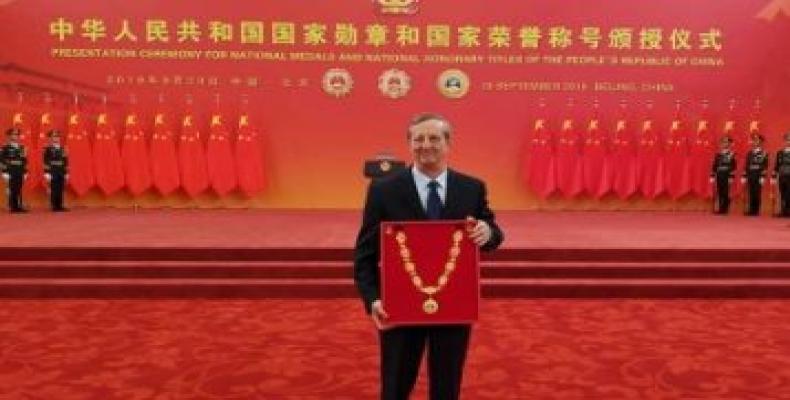 The medal was received on behalf of Raul by Cuba's ambassador to Beijing, Miguel Ángel Ramírez.
The ceremony was held at the Great Hall of the People in Beijing, the Chinese capital.

Others were awarded with the Friendship Medal.  Raul was one of six international figures honored with the distinction, which is a ratification of the excellent state of uninterruped relations between Cuba and China over the past 59 years.