President Raúl Castro Says that Colombia Has a Future of Peace 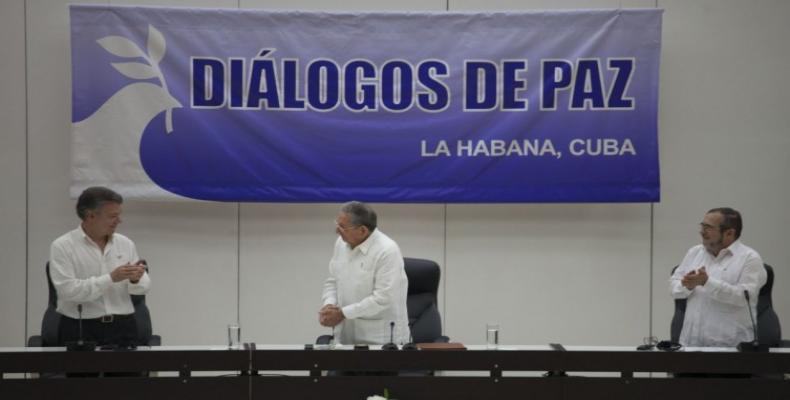 Havana, June 23 (RHC)-- Cuban President Raul Castro said that his country will continue to contribute to negotiations and efforts to put a final end to the Colombian conflict “with modesty, discretion and respect for the position of the two sides.”

After Thursday's historic signing in Havana of a cease fire agreement between FARC-EP and the Colombian government, the Cuban president congratulated both sides for their hard, tireless and devoted work, which has produced the landmark agreement for an end to hostilities.

Raul Castro said: “I'm now more convinced than ever before that Colombia's future is a future of peace.”

Also addressing participants in the signing ceremony was Colombian President Juan Manuel Santos, who said that after many decades of conflict, Colombians got used to war horrors, death, kidnappings, forced disappearances and para-militarism.

The Colombian president said that the time has come for Colombians to live in peace, and with hope.

Santos said: “We are now closer than ever before to a final peace deal, that guarantees justice and reparation for all victims of the armed conflict.”