Cuba’s ELAM opens its doors for a new school year 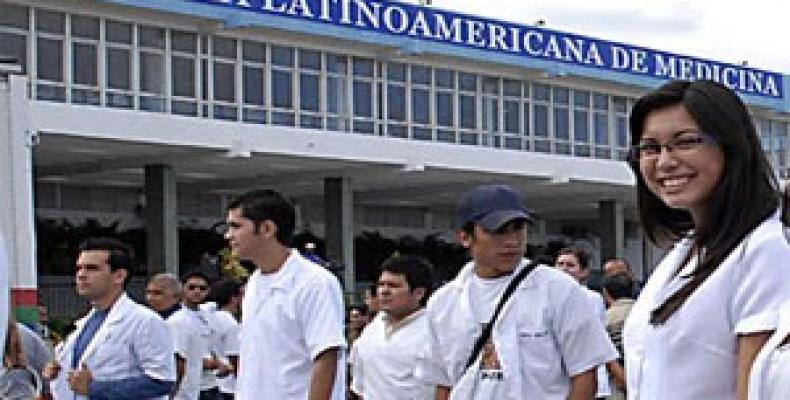 Havana, September 9 (RHC)-- Cuba’s Latin America School of Medicine (ELAM) has opened its doors for this school year 2019-2020 with an enrollment of over 1200 students from around the world.

In statements to the press, deputy dean Tamara Torres Fernández has said that the number of first year students stands at 400 from 80 nations.

She pointed out that that besides professional skills, high human values are also instilled in ELAM students, such as social responsibility, humanism, solidarity and internationalism.

She said: “Once graduated, these professionals are ready and willing to respond to any social or health issues not just in their communities of origin, but anywhere in the world.”

Established in 1999, on the initiative of Revolution leader Fidel Castro, the Latin American School of Medicine is one of the largest medical schools in the world and a prominent part of the Cuban healthcare system and of the country’s cooperation with nations and peoples internationally.

ELAM’s rational is: “To provide free medical education to bright students who are passionate about becoming doctors, but lack the financial means to do so encouraging them to return to serve in communities like their own”.

With that premise, since its first class of 2005, ELAM has graduated tens of thousands of general practitioners from low-income communities in Latin America and the Caribbean, as well as from the United States, Africa and Asia.