WHO chief praises China, affirms the world has a &quot;window of opportunity&quot; to halt the spread of the coronavirus 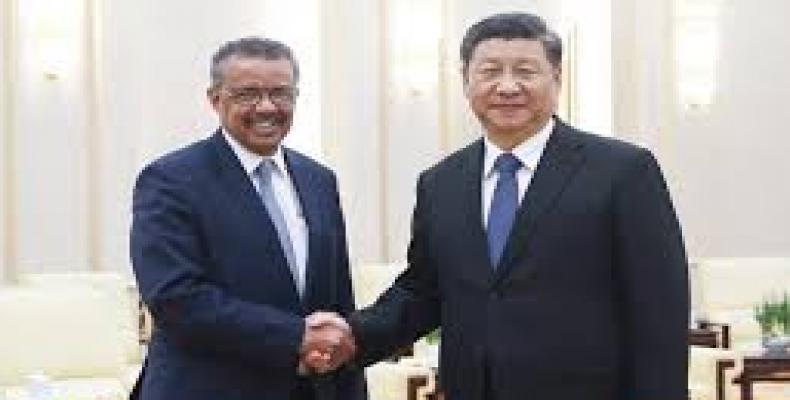 The dramatic measures taken by China to rein in the deadly new coronavirus outbreak have prevented significant spread abroad, providing a "window of opportunity" to halt transmission, the World Health Organization said Tuesday.

But the UN health agency's chief also called for greater solidarity, accusing some governments of wealthy countries of being "well behind" in sharing data on virus cases.

"While 99 percent of cases are in China, in the rest of the world we only have 176 cases," Tedros Adhanom Ghebreyesus said in a technical briefing to the WHO's Executive Board in Geneva.

Tedros said the WHO had received complete case report forms for only 38 percent of the cases outside China.

"Some high-income countries are well behind in sharing this vital data with WHO. I don't think it's because they lack capacity," he said.

"Without better data, it's very hard for us to assess how the outbreak is evolving, or what impact it could have, and to ensure we are providing the most appropriate recommendations," he said.

More than 20,400 cases of the virus have been confirmed in China since the virus was first detected on December 31.

The death toll in mainland China has soared to 425 and more than 20 countries have now confirmed cases of the virus, which the WHO has declared a global health emergency.

During Tuesday's meeting, WHO's head of emergency strategy, Scott Pendergast, stressed that preventing major international spread of the virus would require providing significant support to countries with weaker health systems.

"What we are most concerned about is the lower end of the capacity scale, where you have a number of countries that are of high risk of imported cases but potentially we are not seeing those imported cases detected."

The main focus, he said, should be on supporting those countries to "make sure they have got the capacity to detect, to diagnose and to quickly isolate cases."

Tedros said the WHO was sending masks, gloves, respirators and 18,000 protective isolation gowns to 24 countries, as well as 250,000 test kits to speed up the process of diagnose carriers of the virus.

Tedros meanwhile reiterated his call for countries not to impose travel and trade restrictions because of the virus.

"Such restrictions can have the effect of increasing fear and stigma, with little public health benefit," he said, adding that 22 countries had so far informed WHO they were implementing such measures.

"Where such measures have been implemented, we urge that they are short in duration, proportionate to the public health risks, and are reconsidered regularly as the situation evolves," he said.