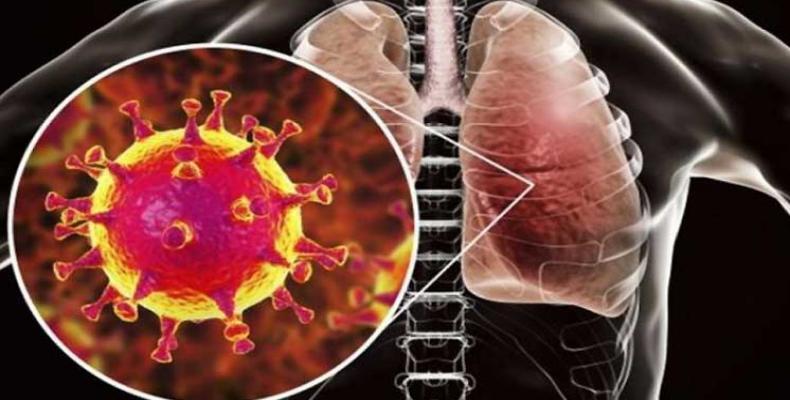 As three more countries confirmed their first cases of COVID-19 on Wednesday and the caseload continued to spike in worst-hit regions, the World Health Organization (WHO) called for early and aggressive measures to break the chains of transmission worldwide.

On Wednesday, Slovenia reported its first confirmed case in a person who had come to the country from Morocco via Italy.

Poland also reported its first confirmed case on Wednesday in a man from the western town of Zielona Gora.

Among some of the worst-hit countries, South Korea confirmed 293 more cases on Wednesday, bringing the total to 5,621 with 33 deaths.

The virus infections soared for the past two weeks, with 5,155 new cases reported from Feb. 19 to March 3. South Korean health authorities said some 65.6 percent of the total infections nationwide were relevant to cluster infections.

The country has raised its four-tier virus alert to the highest level, and designated Daegu, the epicenter of the viral spread in the country, and its neighboring county to the south, Cheongdo, as "special care zones."

As of Wednesday, Japan's total confirmed cases have risen to 1,001, with 706 linked to the Diamond Princess cruise ship that was previously quarantined near Tokyo.

The Japanese government is planning to implement a special law valid until February 2022 to make better provisions to combat the outbreak and declare a state of emergency if necessary.

Iran has confirmed 2,922 cases with 92 deaths as of Wednesday. The Iranian government has suspended its officials' participation in international events and exhibitions, except for the foreign ministry, to "reduce possible disease transmission to foreign countries."

On Wednesday, Italy reported 443 more confirmed cases, raising the total to 2,706 with 107 deaths.

Italian Prime Minister Giuseppe Conte and Minister of Education Lucia Azzolina on Wednesday evening announced in a joint televised press conference that all schools and universities across the country will be shut down until March 15.

In the past 24 hours, several other countries around the world, especially those in Europe, have recorded a dramatic increase in the number of confirmed cases.

Britain reported 36 more cases on Wednesday, bringing the country's total to 87 in its biggest day-on-day increase so far. The London Book Fair, one of the biggest events in the literary calendar, was called off Wednesday over concerns for the outbreak.

Sweden reported 22 more cases on Wednesday, a dramatic increase that brings the total to 52. Among the new cases, 16 were confirmed in the capital Stockholm.

Germany's total confirmed cases increased to 240 on Wednesday from 188 a day earlier. The government said it will prohibit the export of face masks and other medical protective equipment.

COVID-19 cases in France rose to 285 on Wednesday, up by 73. Most of the new cases were detected as a result of the identification of the so-called "contact people" of identified clusters.

WHO Director-General Tedros Adhanom Ghebreyesus warned at a daily briefing Wednesday that the epidemic is becoming "increasingly complex."

“Political commitment is needed in every country,” Tedros said, calling for mobilizing the whole of government before cases even arrive and keeping aggressive when cases arrive.

Based on the report of the WHO-China Joint Mission, Tedros reminded all countries to educate their populations, expand surveillance, find, isolate and care for every case, trace every contact, and take an all-of-government and all-of-society approach.

"The nature of this virus means we have an opportunity to break the chains of transmission and contain its spread," he said.

India, which has a total of 28 confirmed cases, with 25 recorded over the past two days, appealed to the countrymen to reduce mass gatherings.

After the ninth case in Greece was reported Wednesday, the country's foreign ministry announced that all schools and universities will be closed and public gatherings should be suspended at least until Saturday in the regions of Achaia, Ilia and Zakynthos island.

The United States has reported 129 confirmed cases as of Wednesday afternoon with 11 deaths, including the first reported death of COVID-19 in the U.S. state of California.

California Governor Gavin Newsom has declared a state of emergency. Also on Wednesday, U.S. lawmakers reached a deal to provide 7.8 billion U.S. dollars in emergency funding to combat the epidemic amid growing public concern and pressure on Washington and health authorities.

As its total number of infections in Canada has reached 33, the Canadian government announced Wednesday the creation of a new cabinet committee on COVID-19.