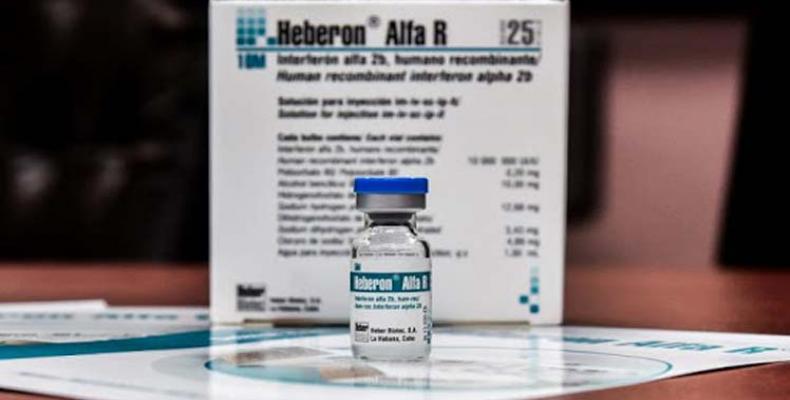 Havana, March 18 (RHC)-- Cuba has full capacity to supply Interferon alpha 2B and other 22 medicines to the national health system in the fight and treatment of COVID-19. It is also s working on a vaccine against that disease.

Biocubafarma Business Group is studying how some existing medications of its production line can contribute to the positive response of patients.

Such drugs include Biomodulin T, an immunostimulant with which clinical studies are already being carried out, and a vaccine to facilitate the systemic response of patients affected by COVID-19.

According to Prensa Latina, Biocubafarma executives confirmed that these drugs are available on the island's healthcare centers and pharmacies as part of stepped-up efforts to respond to the epidemiological emergency.

Biocubafarma's Director of Operations and Technology, Rita María García, said that the industry had prepared itself to have the raw materials, supplies and spare parts to take on and satisfy the quantities demanded by the current epidemiological crisis.

The anti-viral recombinant Interferon alpha 2B is a leading product of Cuban biotechnology.

It is produced at the Center for Genetic Engineering and Biotechnology (CIGB) and at the mixed Cuban-Chinese plant ChangHeber, located in China, where it is administered to vulnerable health care personnel in a preventive manner and to COVID-19 patients.