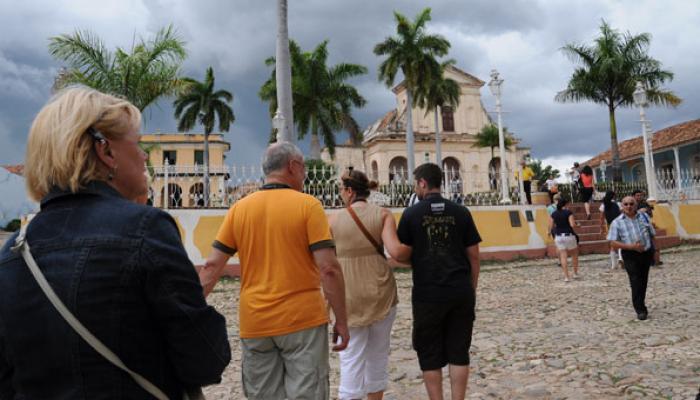 Cuba hopes that 2014 will be a good tourist year and first returns on the number of foreign visitors for January confirm this expectation.

In January 2014, the number of foreign visitors to Cuba increased by 9% over January 2013.

Canada again topped the list of vacationers, followed by Italy, a country that jumped up several slots.

Last year, Cuba received over 2,800,000 visitors, half a percentage point over the previous year, but still short of the forecast 3 million.
Cuban tourist officials are hoping that the new modality of ship cruises will help push up the number of visitors.

The number of maritime vacationists is growing, despite the intense efforts by the United States to prevent cruise lines from stopping over in Cuban ports.

However, international demand is prevailing over US attempts to foil that tourist modality from growing in the largest of the Caribbean islands.

One important roadblock erected by U.S. authorities is to prevent cruise ships that berth in Cuban ports to dock at U.S. ports for the next 6 months.

Despite such desperate measures by U.S. anti-Cuban strategists, it is expected that 125 cruise ships will dock in Cuban ports by April 2014.
Cuban officials are currently attending the Berlin International Tourist Fair, informing international operators about the advantages and natural beauties of Cuba.

Advantages include excellent installations and services, as well as its traditional all out friendship to foreign visitors.

In addition, the tourist sector has now been considerably empowered by the inclusion of private operators, enhancing the services offered by State-run hotels.

Over 7000 private homes, fully equipped, and 2000 private restaurants have joined the installations and staff of State-run facilities.
This year, the festivities of the half-millennium anniversary of the Cuban city of Camaguey, plus the restoration of traditional hotels in Havana's beautiful Paseo del Prado boulevard are additional attractions to foreign visitors.

Cuba has a lot to offer to foreign visitors this year.   We sinerely hope that you will be one of them!