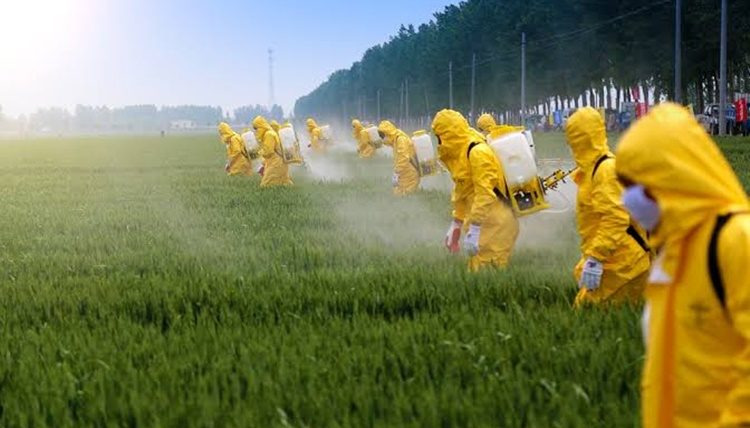 "Sickens, deforests and kills." This is how environmental organizations, Brazilian civil society and the political opposition describe the strategy of the government of President Jair Bolsonaro to release a large amount of pesticides, in collusion with the agricultural sector, with a powerful presence in Congress.

In the last few days, the Chamber of Deputies gave the green light to a controversial bill that makes the control and approval of these chemicals more flexible, which may entail risks to health and the environment.

The proposal, which must now be evaluated by the Senate, grants the Ministry of Agriculture the power to authorize new products, a process that currently includes the Health Surveillance Agency and the Brazilian Institute of Environment and Renewable Natural Resources.

Since his arrival in 2019 to the presidency, Bolsonaro has supported the agricultural sector by encouraging the extension of its business, even to the detriment of the Amazon, and the approval of the use of these chemicals, despite warnings about the damage they can cause.

According to the UN, the use of pesticides is responsible for 200 thousand deaths due to acute intoxication each year and more than 90% occur in developing countries such as Brazil.

Research carried out in Brazil showed that each citizen consumes an annual average of more than seven liters of these chemical compounds, present in agricultural products.

However, only eight months into Bolsonaro's mandate, 262 new products of this type had already been authorized for use, one of them Sulfoxaflor associated with the extermination of bees in some regions of other nations.

From January to December of last year, the number of these substances endorsed totaled 550.

In the opinion of many, Bolsonaro is repaying with favors the support of the agricultural sector for his arrival at the Planalto Palace. In fact, at the head of the Ministry of Agriculture he appointed Tereza Cristina Correa da Costa, leader until then of the Parliamentary Front of Agriculture and one of the main advocates of the relaxation of the use of pesticides.

Under the pretext of increasing production, the Bolsonaro government is bypassing public opinion and health institutions.

This government project means putting substances in food destined for Brazilians that cause cancer, genetic mutations, hormonal disorders and all kinds of affectations to human health, but also to the environment.