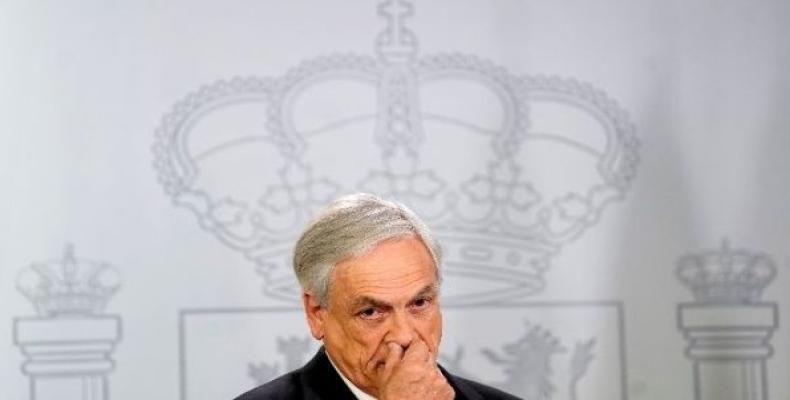 Madrid, October 11 (RHC)-- Chilean President Sebastian Piñera, speaking at an economic forum in Spain called "Challenges of Latin America: Towards an Integral, Inclusive and Sustainable Development" organized by the newspaper El País, said that "we know little about him (Jair Bolsonaro)," but that in economic matters he agrees with the Brazilian far-right candidate.

The Chilean president said that he knows the team that is building Bolosnaro's economic project and they show clear signs to, is his words, "open the Brazilian economy, reduce the fiscal deficit, reform pensions, reduce the size of the public sector with many privatizations."  The economic plan from the far-right evangelical candidate is "what a country like Brazil needs."

Piñera did not mention the outrageous statements that Jair Bolsonaro has made during his political career.  Jair Bolsonaro led the first round of presidential elections with 46.3 percent of the votes.  The leading candidate has been criticized nationally and internationally for his authoritarian, sexist, racist, homophobic and fascist comments and behavior.