Friendship and solidarity: Two pillars of relations between Cuba and Venezuela 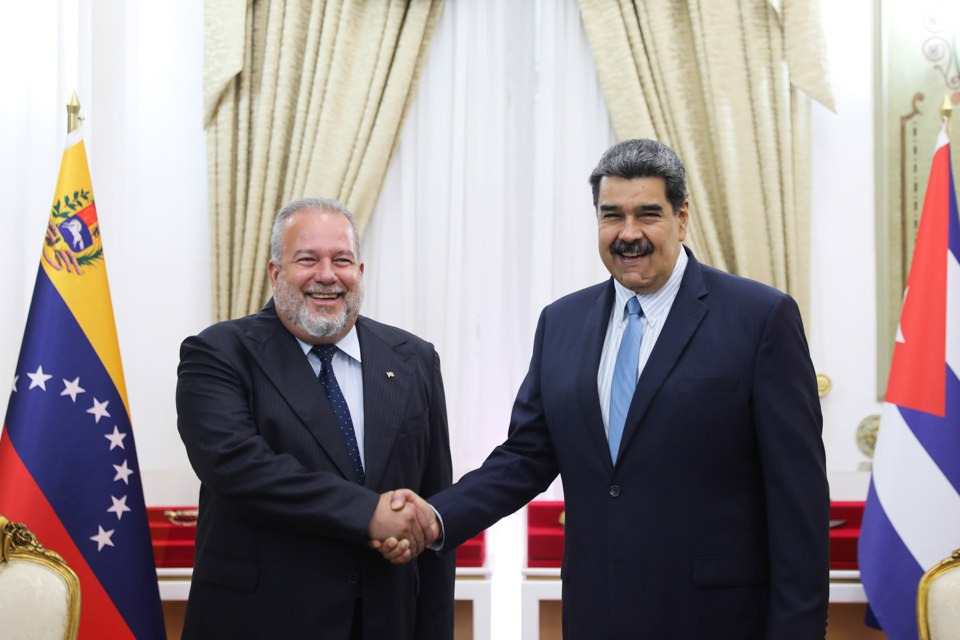 Cuban Prime Minister Manuel Marrero developed an intense work agenda during his recently concluded visit to Venezuela, which has further strengthened the ties of friendship between both peoples and once again evidenced the will of both governments in the joint search for solutions to common problems.

Both Havana and Caracas expressed their interest in updating cooperation, which has been highly satisfactory since Hugo Chávez became president of the South American country in 1999 and which has been maintained and consolidated under Nicolás Maduro's mandate.

But, as Marrero rightly stated, times are different and this update is called to strengthen a relationship which, he stressed, will never renounce to the foundational concepts of Chavez and the historical leader of the Cuban revolution, Fidel Castro.

Humanism, solidarity and respect characterize the bonds between the two nations and that in areas such as health and education have been extremely profitable.

Cuba has accompanied from the beginning the priority of the Bolivarian Revolution to bring medical attention to all corners of the Venezuelan geography. Cuba's support to Barrio Adentro, a social program to guarantee all citizens a fundamental human right, such as access to health, has been vital.

The Cuban health personnel actively participated in the investigation and care of those infected with the disease caused by the new coronavirus.

In view of their valuable and self-sacrificing work, the Venezuelan government awarded the Order of Francisco de Miranda to the Cuban health professionals present in that territory.

It is also worth mentioning the support provided by our country in the start-up in the state of Miranda of a modern molecular biology laboratory to carry out tests for the detection of the virus.

Likewise, Havana sent to Venezuela doses of the Cuban vaccine Abdala, highly effective and safe, to contribute to the immunization of the Venezuelan population.

Cooperation, which has also extended to other areas with positive results, is now to be deepened in the important agri-food sector. In fact, the head of the Cuban government toured several food processing facilities and talked with Venezuelan businessmen associated with this sector.

Marrero described his visit as very fruitful, as it strengthens relations between two peoples, united by history, friendship and the desire to work together to face common challenges, especially when they are subject to sanctions and coercive measures by the United States, which seek to prevent their development and the satisfaction of the needs of their citizens.