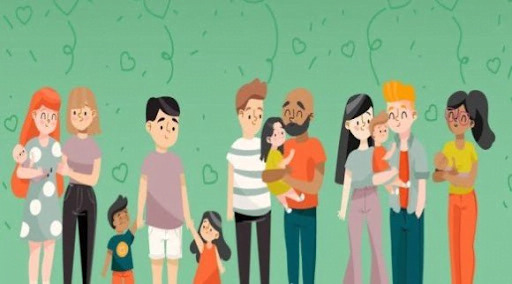 The draft Family Code under study in Cuba is once again under consideration by the drafting Commission, in the light of the opinions expressed in popular consultation, in a great democratic exercise.

The draft Family Code under study in Cuba is once again under consideration by the drafting Commission, in the light of the opinions expressed in popular consultation, in a great democratic exercise.

Approved by the Council of State, the team of experts is carefully reviewing each criterion expressed by the citizens and will decide whether it is prudent to add proposals, transformations and modifications, in order to strengthen the current version.

This is not an easy exercise, since more than 79,000 meetings were attended by nearly 6,480,000 people, in an expression of defense of the rights of all individuals.

So much so that in the small community assemblies the participants expressed their support, doubts and, with complete freedom, their rejection of an article or statement.

At the same time, they received from invited specialists clarification of doubts and even elements to confront tendentious information appearing in social networks.

Now, the most knowledgeable experts in charge of drafting the new version are analyzing a wide range of approaches, in relation to marriage, parental responsibility, adoption, gestational solidarity, progressive autonomy and other concepts.

All this before the outline of the Code transits to other scenarios of debate, by submitting it to the evaluation of the parliament, for the analysis among the deputies, before the procedure to take it to its approval in plenary session.

From there, by mandate of the Constitution, it will be submitted to a popular referendum, in the hope that the popular wisdom will favorably accept it, given its advanced nature and sustaining all the citizens' prerogatives.

It is not by chance that many people have hailed the document for its inclusive and modern nature and for representing a plausible way to eliminate inequalities and place key actors in their rightful place.

This is the case of grandparents, who have great weight in Cuban society, which is markedly aging, but who do not have all their rights outlined in the current legislation.

While awaiting the final stages of processing, the draft Code stands out from now on for sheltering the dissimilar forms of organization of families and those who remain at a disadvantage within them.