For a healthy and balanced environment 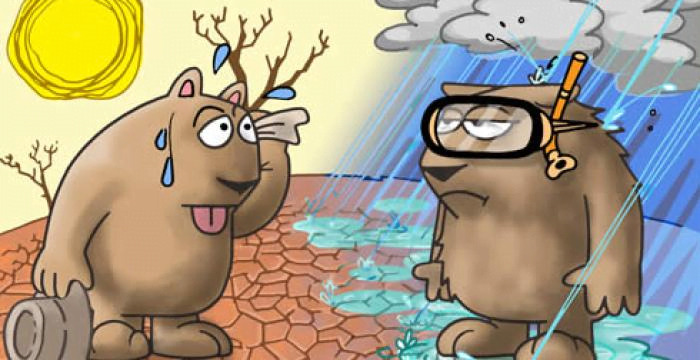 Increased temperatures, sea level, acidification and water pollution, as well as the occurrence of more intense meteorological phenomena are some of the threats facing the world today, as a result of climate change.

Increased temperatures, sea level, acidification and water pollution, as well as the occurrence of more intense meteorological phenomena are some of the threats facing the world today, as a result of climate change.

In the midst of this panorama, we arrive at another World Environment Day, which was instituted in 1972 and is celebrated every year on June 5, with the slogan "One Earth".

Cuba is developing a comprehensive policy to guarantee the right of every Cuban to enjoy a healthy and balanced environment, a will reflected in the Constitution approved in 2019.

And on that path it continues to perfect its legal framework. Last May, the National Assembly of People's Power approved in its fifth extraordinary session the Law on the System of Natural Resources and the Environment.

The law, which responds to the need to transform the current legislation, takes into account international treaties and the environmental commitments assumed by Cuba as a signatory country.

The legislation, which was the object of a thorough consultation process, is also based, say the experts, on the fundamental principles of environmental law contained in the declarations of several summits on the subject.

It takes into account this issue from a global dimension and thus responds to the Sustainable Development Goals adopted by the UN.

The new law encourages both legal and natural persons to incorporate the achievements of science and innovation to the protection of the environment.

With this norm, the Cuban authorities' strategy to address climate change, contained in the state plan Tarea Vida, approved in April 2017 by the Council of Ministers, is consolidated.

It contemplates five strategic actions and 11 tasks aimed at counteracting the affectations of this phenomenon in areas identified as vulnerable throughout the archipelago.

Cuba was selected, among a little more than 50 nations, to participate and present its experiences on the subject at the Stockholm+50 International Conference, which was held for two days in Sweden. A new recognition of its commitment to the protection of the planet we live on.