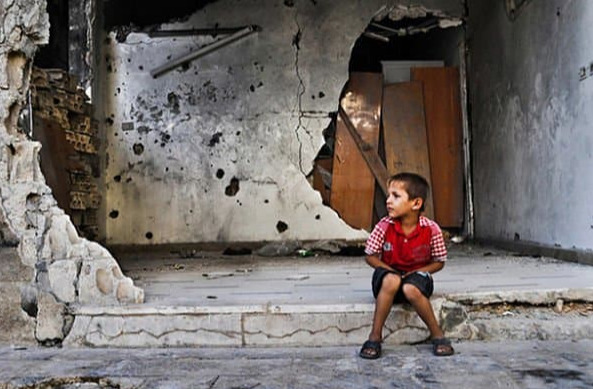 It is striking how many politicians and officials, including UN Secretary General Antonio Guterres, blame the war in Eastern Europe for almost all the ills that today plague humanity, but blatantly ignore old tragedies.

It is striking how many politicians and officials, including UN Secretary General Antonio Guterres, blame the war in Eastern Europe for almost all the ills that today plague humanity, but blatantly ignore old tragedies.

Guterres said a few hours ago that 1.6 billion people will suffer the impact of the war actions in Ukraine, especially in the areas of food security, energy and finances, evils which, according to his criteria, are deepened and accelerated by the conflict.

He explained that around 94 countries, where that number of human beings live, are seriously exposed to at least one of the dimensions of the crisis and do not have the conditions to avoid it.

A war is a cruel, devastating and unpredictable event in the course of events, an event that, as Gabriel García Márquez said in his work One Hundred Years of Solitude, is much easier to start than to try to end.

But when one refers to it in the terms in which the UN leader did with regard to Ukraine, one must be careful to analyze it in all its causes and not mention only one of the actors, in this case Russia, but all those who feed it, promote it and benefit from it.

When Moscow is asked to cease its operations, the United States, NATO and the European powers should also be asked to stop sending weapons of high destructive power, to invest billions of dollars to deepen the conflict, which could very well serve to alleviate hunger.

Nor can we be Manichean and forget other recent or current war adventures, where immeasurable amounts of money and resources are lost, whose use in generating development in the poor world would allow billions of human beings to survive.

How many schools, universities, technological training centers, hospitals, goods and services production projects would have been paid for with the bombs dropped by NATO on Yugoslavia and Libya?

It is easy to cry about sub-Saharan Africa, but has anyone calculated how many times it would have been lifted out of poverty and backwardness with the cost of 20 years of war and occupation in Afghanistan, which did not bring the world a single day of security, as promised by its promoters?

Who benefits from the weapons that fuel wars in the Democratic Republic of Congo, Sudan, Somalia, Ethiopia, Benin and a long etcetera of countries destroyed with technologies of the developed world?

The conflict in Eastern Europe is a disgrace, it is true, but it is not the only one to blame for the fact that part of humanity is on the verge of extinction.