Cuban Citizens Stuck at the Border of Costa Rica with Nicaragua 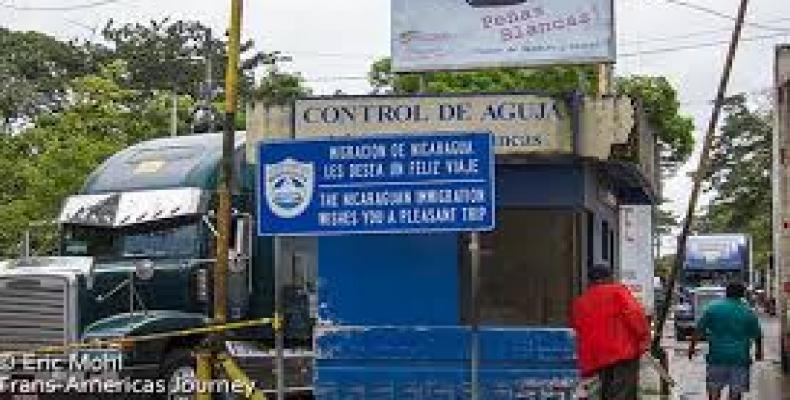 The Foreign Ministers of the Central American Integration System and from other invited nations have met in El Salvador to examine the situation of over two thousand Cuban citizens who are stuck at the border of Costa Rica with Nicaragua, the victims of delinquents who traffic with persons and also of a US Law originally issued with a view to weaken the over half a century of Revolution in Cuba.

According to the Cuban Ministry of Foreign Affairs in Havana, these are persons who exited legally from the country: that is to say they had a valid passport, a plane ticket, and visas to enter another nation, from where they left in a truly difficult trip to the United States seduced by the perverse offers of the so-called Cuban Adjustment Act and its policy of “dry feet, wet feet”.

This juridical rigmarole establishes that any Cuban that is able to set foot on US territory is immediately welcomed and one year and one day after is granted residency and other benefits.

Be that as it may, US immigration officers have a lot of flexibility as to how they react to such Cuban arrivals, many of whom are summarily thrown into jail if they don’t seem to fit the bill.

Of courses no migrant from any other country or region in the World is offered such an incentive. On the contrary, if those non-Cuban migrants are able to survive the trip or avoid being arrested en route, they must seek truly dangerous ways to cross the border. Once inside they are persecuted and if captured they are submitted to a sombre program of deportation which destroys both families and any dreams of an acceptable future.

It is expected that the meeting of Central American Foreign Ministers will deal with the immediate problem which has become common nowadays although it is ignored by the press and also by several Governments.

But the most serious current migration problem in Central America is not that of the Cubans stuck in that area, who, by the way, are receiving attention from the Cuban Government through diplomatic and consular channels, and know that they may return to their country without any problem, because Havana knows very well that they are not guilty but victims of a huge fraud, of a farce that has been set up to foster illegal immigration that can provide grist for the propaganda mill.

The solution to what has been named as the Cuban migrants crisis does not lie in the small Central American nations but in the legislative and government offices of the United States, where they must rescind that criminal piece of legislation that has cost so many lives.

What the Central American Foreign Ministers Meeting should discuss and resolve is the problem of the tens of thousands of other women, young and old, youths and even children who flee every day from urban violence, poverty and exclusion in their own countries.

According to the United Nations High Commissioner for Refugees, the U N H C R, a serious, growing human crisis in Central America is taking place due to the incapacity of the area’s governments to stop dangerous criminal groups that take advantage of those victims, mostly women, adolescents and children.

Humanitarian mechanisms must also be activated to help those migrants, instead of persecuting, criminalizing, abusing and murdering them, as it is a daily practice by criminal groups in Mexico, Guatemala, Honduras and other countries.

The clandestine migrant, that person who has no adjustment law to favor him, has become a fugitive, a victim who flees from repression and oppression, seeking a dream that most probably will end in sexual exploitation, torture or death.

As the Central American Foreign Ministers decide to take action in favor of those victims, they will indeed merit the recognition of all people of goodwill in the hemisphere.