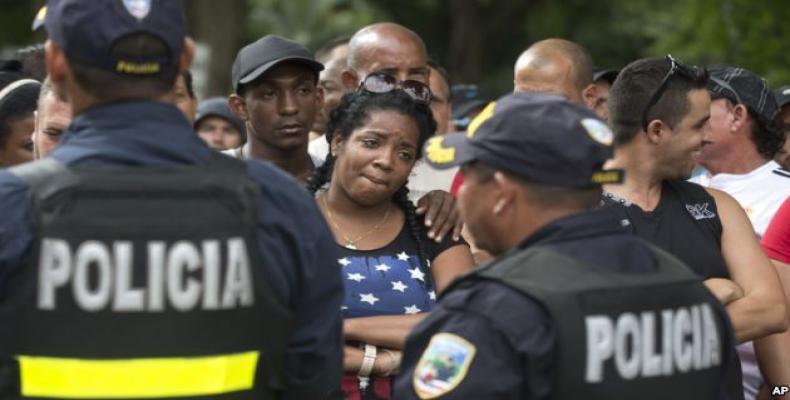 This is the fourth group of Cuban emigrants, who have been stranded since last November 15 in Costa Rica, that has arrived in Mexico on a direct flight from the Central American country.

The Cubans have received permission to stay for 20 days, although their aim is to cross into US territory, lured by Washington's arbitrary migration policy towards Cuba.