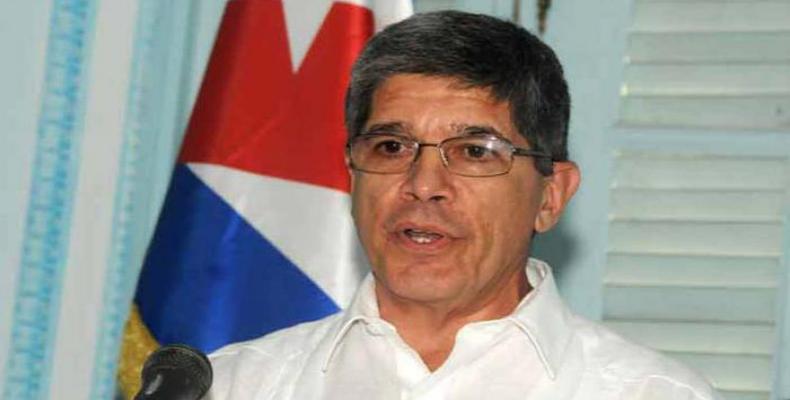 Havana, January 17 (RHC)-- Director for the United States at the Cuban Foreign Ministry Carlos Fernández de Cossío has warned that implementing Title III of the Helms-Burton Law would be a brutal abuse of international law and customary norms in terms of trade and relationship between countries.

The U.S. State Department issued a statement Wednesday, announcing it was postponing the implementation of Title III -- the most aggressive part of the Helms-Burton -- for just 45 days, instead of six months as had been the practice since the law was issued in 1996.

In the statement, the State Department made it clear that the aim of this latest move is to study the rights of people taking businessmen or people in Cuba to U.S. courts for properties that were nationalized in the early 1960s.

In an exclusive interview with Radio Havana Cuba, Cossío said:  “Those nationalizations were carried out on the basis of international law. The aim is to pave the way, create the conditions, for ‘regime change’ in Cuba.”

The senior Cuban diplomat stressed that although it is difficult to really understand what’s behind this latest decision by the Trump Administration, what is clear is that there is a group of people in the U.S., who have managed to exert significant influence within the government and who are keen on trying to perpetuate a hostile relationship between our two countries.

Fernández de Cossío further charged that those influential figures are taking advantage of a government that they identify as weak, demoralized and dysfunctional, as the media says, to implement anti-Cuba actions and impose obstacles that will be very difficult to overcome if there was any future attempt toward improving bilateral relations.

Under the Helms-Burton Law, and specifically Title III, U.S. courts would have the possibility of trying companies from third countries and parties that do business in Cuba.  “The move would constitute a gross violation of international and that third country’s law, but yet it grants U.S. courts jurisdiction over those cases,” said Cossío.

He noted that this part of the U.S. law was denounced back in the 1990s, when it was first issued, because of its extraterritorial character, as it was considered interference in those countries’ jurisdiction and a violation of their sovereignty.

“That’s the reason why every U.S. president, starting with Bill Clinton and including the current president Donald Trump in the first year and a half of his government, had postponed the implementation of Title III of the Helms-Burton every six months. They understood that acting otherwise would put up obstacles that would be very difficult to overcome,” Cossío said.