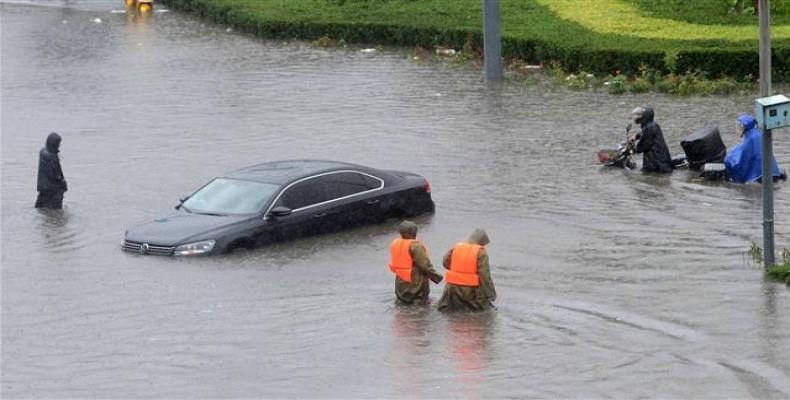 Beijing, July 21 (RHC)-- Heavy downpours in northern China have claimed more than a dozen lives, as officials keep releasing updated figures on the death toll and the number of missing people.

Chinese media report that torrential rain has been pounding Hebei province around the capital, Beijing, over the past two days and at least 42 people have died ever since, while 62 others are unaccounted for.

The downpour has caused all major rivers to inundate their banks. It has also inflicted damage on 11 dams and two hydropower stations. Reports said about 68,000 people have been relocated after the provincial land resources bureau warned of flooding, landslides and mountain torrents.

Floods caused heavy damage earlier this year in several major cities in the south, including Wuhan in the central province of Hubei.