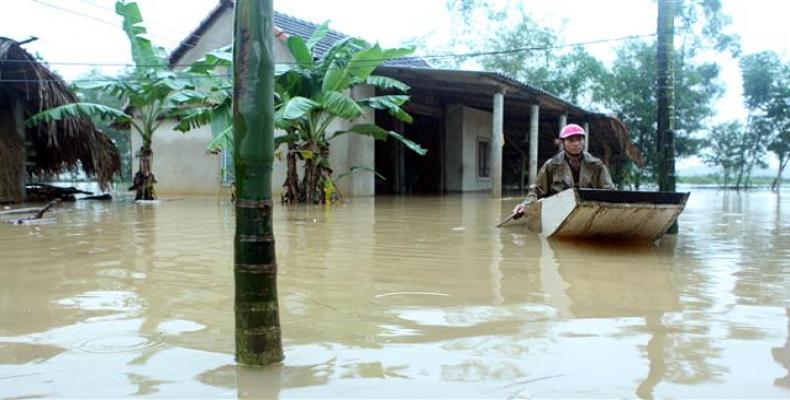 Hanoi, October 17 (RHC)-- Heavy rains and flooding in four central provinces of Vietnam have left at least 21 people dead and eight others missing during the past week.  Typhoon Sarika, known locally in the Philippines as Karen, ripped across the main Philippine island of Luzon on Sunday before hitting Vietnam.

The natural disaster led to property damage, downed power lines and fallen trees.  With a wind speed of 150 kilometers per hour, Sarika is estimated to be potentially the most destructive storm this year to hit Vietnam.

"We need to focus on searching for the missing," Deputy Prime Minister Trinh Dinh Dung told a meeting on preparations for the typhoon, according to a Vietnam Television (VTV) broadcast.  Trinh urged authorities in 22 coastal provinces to reinforce key infrastructure projects and prepare evacuation plans, while giving assurance that the government would provide food relief in flooded areas.

About 500,000 people have been displaced and more than 100,000 houses submerged and damaged by the floods, according to a government report.  More than 25,000 acres of rice and other crops have been lost, while roads and bridges sustained major damage.