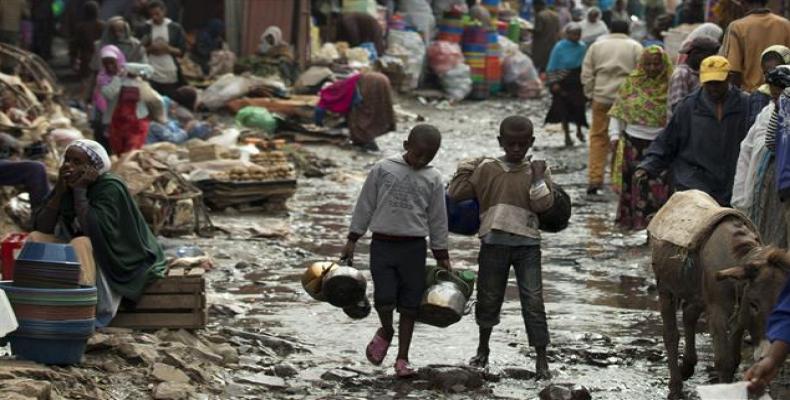 United Nations, August 25 (RHC)-- The United Nations says more than 600,000 people have been displaced in Ethiopia since March, largely because of flooding.  The African country was struggling with its worst drought in decades in 2015, but it ended when spring rains arrived in March.

On Wednesday, the UN Office for the Coordination of Humanitarian Affairs said nearly 300,000 people were forced to flee their homes between March and June due to flooding.  The report further said that others were stranded due to the inter-communal conflict in Ethiopia's southern Oromia and Somali regions.

Many of the people displaced by flooding have since returned home, the UN said, noting that more than 10,000 families are still stranded and in need of basic household items and emergency shelter.  The UN office also noted that heavy rainfall has delayed the delivery of emergency food aid to 85,000 flood-affected people in Somali region.