Mariposas by Omara Portuondo available on the Internet 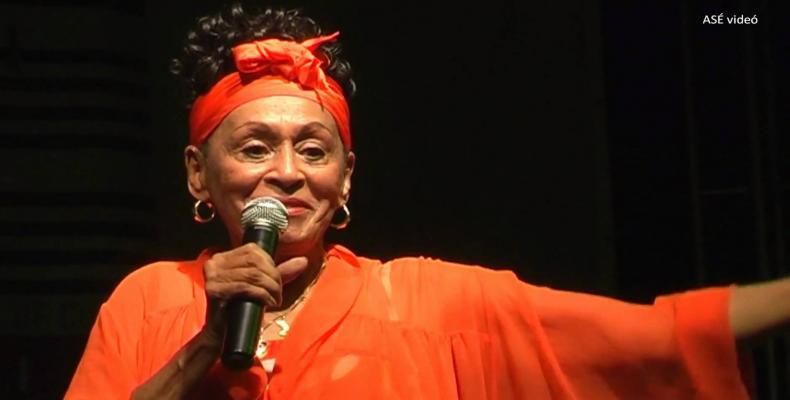 Havana, May 17 (RHC) -- Mariposas, the most recent phonogram of Omara Portuondo, is available on the Internet, thanks to Bis Music, record label of the Artistic and Literary Promotions Company of Artex SA.

The album, made up of songs by young singer-songwriter, Jessee Suárez, includes a piece by renowned troubadour Silvio Rodríguez, according to information offered by the Cuban Music Institute on the social media. According to the publication, the material ‘is produced amid social isolation by Covid-19’ directed by Suárez himself along with Carlos Cartaya and Yusef Díaz as music producers.

Concerning the album, Omara sent a message in which she thanked the young singer-songwriter for inviting her to his project Mariposas, which she considered ‘an album with a new sound style and lyrics.’ I hope that the audiences will like it, said the so called Diva of the Buena Vista Social Club, while also thanking Bis Music ‘for once again relying on and allowing the production of this wonderful album.’ Mariposas is part of a series of online releases organized by Artex's record company, of its most recent productions, available in 60 online stores and its YouTube channel.

The list of upcoming presentations includes the CD Déjala que baile by the Habana Swing orchestra, scheduled for Monday, May 18, and Caminando, the latest production by the Jade Duo, set for Friday the 22nd. Likewise, for the 29th the premiere of the CD Liuba canta a Gabilondo Soler is being prepared, with classics from the children's repertoire performed by Liuba María Hevia, one of the main voices of children's music in Cuba. Meanwhile, Contra la Pared. El Concierto (Against the Wall. The Concert), a live album by singer-songwriter, Norberto Leyva, from Holguin, will also be launched on YouTube that day. (Source: ACN).