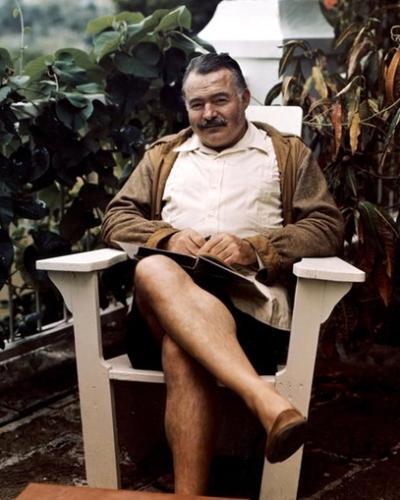 John Hemingway, the grandson of the author of the Old Man and the Sea, said in Havana that visiting Cuba has had a special significance to begin to deeply understand his grandfather’s personality.

He made the statement at the opening of the exhibition “Ernest Hemingway, 60 years of the Nobel Prize,” at Finca Vigía, the US writer’s home in Havana, attended by his delegation, the media and members of associations that keep the novelist’s heritage alive.

Deeply moved, John said that he has dreamed of his grandfather’s boat El Pilar for many years, and seeing the way in which it has been restored fills him with joy and makes him think that the peoples of Cuba and the United States will be together in the future. He concluded that the mixture of the Latin spirit of Cubans and the ocean were magical for Ernest and that the writer would have been an incomplete man if he hadn’t spent 20 years of his life in Cuba.