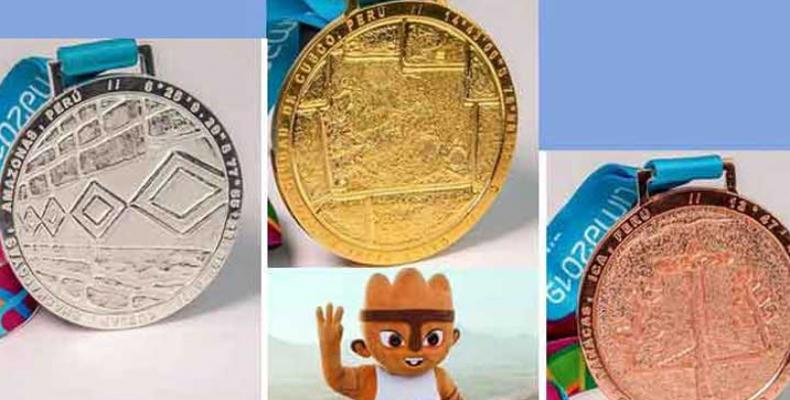 Lima, August 8 (RHC) – Wednesday was a busy day for Cuban athletes that are taking part in the Lima 2019 Pan-Am Games.

In Archery, Cubans Adrian Puentes, Hugo Franco and Juan Carlos Stevens competed in the Men´s Recurve Individual Ranking Round. In the discipline dominated by American Brady Ellison, who set a new World Record, scoring 702 points, and broke the last record of 700 points set by Korean Kim Woojin in 2016, Adrian Puentes was the best ranked archer for Cuba as he finished 10th with 659 points. Franco was 13th (658) and Stevens finished in 16th place with 655 points. In the Women´s Individual Recurve, Cubans Elizabeth Rodriguez (635), Maydenia Sarduy (609) and Karla Fals (582) finished 9th, 19th and 27th in a competition in which Mexican Alejandra Trujillo broke her own Pan-Am record, set in Toronto 2015, with 675 points. In the Team Recurve, none of the Cuban teams could make it past the Quarter-Finals, as men were eliminated by Canada (6-2) and women by Colombia (6-2).

In Athletics, Cuba finished August 7 with two medals, a Gold and a Silver. The Gold medal came in one of the most expected events in Cuba: Men´s Long Jump. Juan Miguel Hechavarria jumped 8.27 meters to come up with the Gold, Jamaican Tajay Gayle (8.17) was 2nd and Uruguayan Emiliano Lasa (7.87) got the Bronze. In the Women´s 800 m competition, Cuban Rose Mary Almanza finished second and gave Cuba the Silver Medal, Jamaican Viola Goule won the Gold and Uruguayan Deborah Rodriguez finished in the 3rd place. In the Men´s 400 m Semi-Finals, Cuban Yoandys Lescay could not get a ticket to the Finals because he finished 5th in his heat, with 46.60 seconds. In the Women´s 400 m, Roxana Gomez finished second in her heat and qualified directly for the Finals with 52.04 seconds.

In the Men´s Decathlon Leonel Suarez recorded a new Season Best in the 110m Hurdles with 14.81 seconds to win his heat, while Briander Rivero finished 6th with 14.66 in a definitively faster heat. In the Discus Throw, Suarez finished 5th (43.25m) and Rivero was 8th (41.05). in Pole Vault, Briander Rivero finished 4th in his group with 4.10m and Suarez was also 4th with 4.50.

In Racquetball, both Cuban teams were defeated in the round of 16. The men lost to Ecuador (1-2) and the women lost to Bolivia in two games.

In Rowing, Cuban Angel Fournier advanced to the Finals in the Men´s Singles Scull by dominating his Semi-Final heat in 7:00.01. In the Repechage Round of the Women´s Singles Scull, Yudeisy Rodriguez finished 2nd with 7:47.48 to assure herself a spot in the Finals.

Men´s Greco-Roman Wrestling gave Cuba 2 Gold medals and 3 Bronze ones this Wednesday. Luis Orta in 60kg, Yosvany Peña in 77kg and Daniel Gregorich in 87kg gave Cuba its three Bronze medals. While Ismael Borrero in 67kg and Gabriel Rosillo in 97kg were the Cuban Wrestling champions for the day.