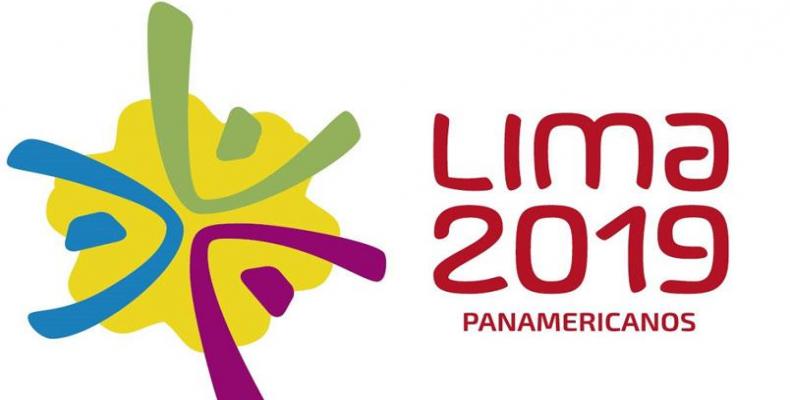 Lima, August 9 (RHC)-- The 14th day of the Lima 2019 Pan-Am Games competition schedule was Cuban sports party. Five Gold medals added up Cuban athletes this Thursday, August 9 with some surprises and some other athletes who stood up to the challenge and dominated in their competitions.

In Rowing, the Women’s Double Sculls boat of Aimee Hernandez and Yariulvis Cobas brought home a Gold medal with a time of 7:10.74 minutes. Two Silver medals were also achieved, one in the Men’s Double Sculls when Boris Guerra and Adrian Oquendo finished second with 6:27.43 minutes; the second one came in the Men’s Coxless Four Finals, when Eduardo Gonzalez, Carlos Ajete, Reidy Cardona and Jesus Rodriguez stopped the clock at 6:09.53 minutes.

In Athletics, Yarisley Silva achieved her Season Best to come up with a Gold medal for Cuba in Pole Vault. The Pinar del Rio native was more an underdog than a favorite to win the competition because of her latest results. Silva’s Season Best so far was 4.70 m, height on which she failed twice before renouncing to her third attempt and went for 4.75 m, which she achieved in her first try.

The Pan-Am champion in Guadalajara 2011 and Toronto 2015, did not have her best performance at all, since she jump over 4.35 m in her third attempt, but she only needed one try to surpass all heights from 4.45 to 4.60. Silva refused to jump a third time at 4.70 and asked for 4.75, and after achieving it in her first attempt she locked in her victory and the Gold medal.

Heptathlon athlete Adriana Rodriguez kept Cuba on top of the discipline in Pan-Am Games, winning the Gold medal and validating Cuba’s title in Toronto 2015, where Yorgelis Rodriguez became champion. Yorgelis also competed in this edition of the Pan-Am Games, but a knee surgery she underwent couple months ago made her quit after the High Jump event. Adriana Rodriguez finished the Heptathlon with a total of 6113 points and became Pan-Am champion at age 20.

Apart from these two Golds, Cuba could no get any more medals this Thursday in Athletics, but some of the performances are worth noticing. In the Women’s 400 m Hurdles, Zurian Hechavarria (55.85) finished 4th in the Finals and in the Men’s 400 m Hurdles Leandro Zamora (50.29) was 7th. In Men’s Hammer Throw, Roberto Janet (71.93 m) finished 7th and Reinier Mejia (67.50 m) finished in the 10th spot.

In Judo, Vanessa Godinez lost to Dominican Estefania Soriano and won a Silver medal in Women’s 48 kg Division, while Nahomys Acosta (52kg) and Roberto Almenares (60kg) were also in the podium with Bronze medals.

The Women’s Field Hockey team advanced to the Semi-Finals by defeating Puerto Rico 14-5.