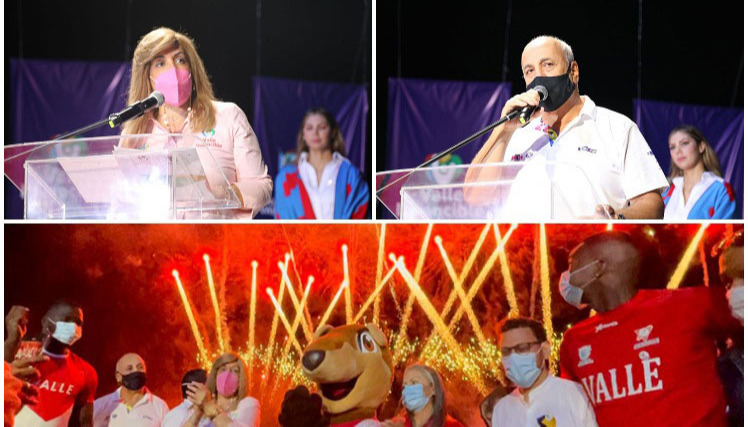 Bogota, October 26 (RHC/PL)-- The Organizing Committee of the Cali-Valle 2021 Games is waiting expectantly for the celebration of the first edition of the Pan American Youth Games, on Monday, 30 days before the official opening.

According to the official site of the event, a fireworks show and the illumination with the colors of the flags of Colombia and the department adorned the Sunday night of the iconic Lake Calima, in the prelude to the beginning of the countdown to one month before the opening ceremony.

The governor of Valle del Cauca, Clara Luz Roldan, expressed the pride of the region for being the protagonist of another chapter in the sports history of America and assured that everything is ready for the development of the multisport games from November 25 to December 5.

More than 3,500 athletes from 41 countries and nearly 10,000 people, including family members, journalists, international volunteers, leaders and coaches of the delegations, will attend the Games in Colombia, confirmed José Luis Echeverry, director of the Games.

In a message sent to the organizers of Cali-Valle 2021, the president of Panam Sports, Neven Ilic, invited all the young people of the continent to be part of the sports party, 'to take care of each other and to encourage this new generation of athletes who represent the future'.

One of the emotional moments of the ceremony was the performance by local musician Hendrix B of the song 'Por nosotros' (For us), the official song of the first Cali-Valle Junior Pan American Games.

The great youth event will be held in the Colombian cities of Cali, Buga, Yumbo, Jamundí, Calima, Palmira and Barranquilla, where medals will be disputed in 39 disciplines.