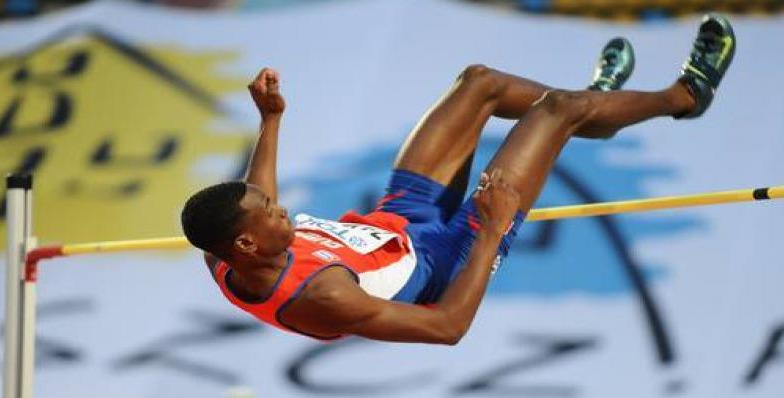 Havana, July 15 (ACN) - With the attendance of some 2,000 athletes from more than 200 countries, the 18th World Athletics Championships will begin today in Eugene, United States, an event that will last until July 24.

Cuba will have 14 athletes competing in this strong event and three of them will make their debut this Friday on the opening day.

High jumper Luis Zayas, champion of the Pan American Games of Lima 2019, will be the first to make his debut at the Hayward Field stadium.

The Santiago native will be looking to be included again among the 12 finalists of that event, in order to improve his place step by step.

Also today, Maikel Masó (long jump), bronze medalist at the Tokyo 2020 Olympic Games, and sprinter Shainer Reginfo, in the 100 meters flat (m/p), will make their debut in the afternoon session.

Masó's specialty will start at 18:00 p.m. (Eugene time), 21:00 p.m. in national territory; while Reginfo will be in the eliminatory heats of the hectometer scheduled to start at 18:50 p.m. at the venue, that is 21:50 p.m. in Cuba, according to the official website of World Athletics.

Also included are Liadagmis Povea and Leyanis Pérez, both in the triple jump, and Roxana Gómez, Olympic finalist in the Japanese capital, along with Rose Mary Almanza, in the 800 m/p.

Completing the list are the triple jumpers Andy Echavarría and Davileidys Velazco, the short hurdler Greisy Robles, as well as the discus throwers Silinda Morales and Mario Díaz.

Three years ago in Doha, Cuba finished 12th in the medal standings, tied with Bahrain and Sweden, with one medal of each color.