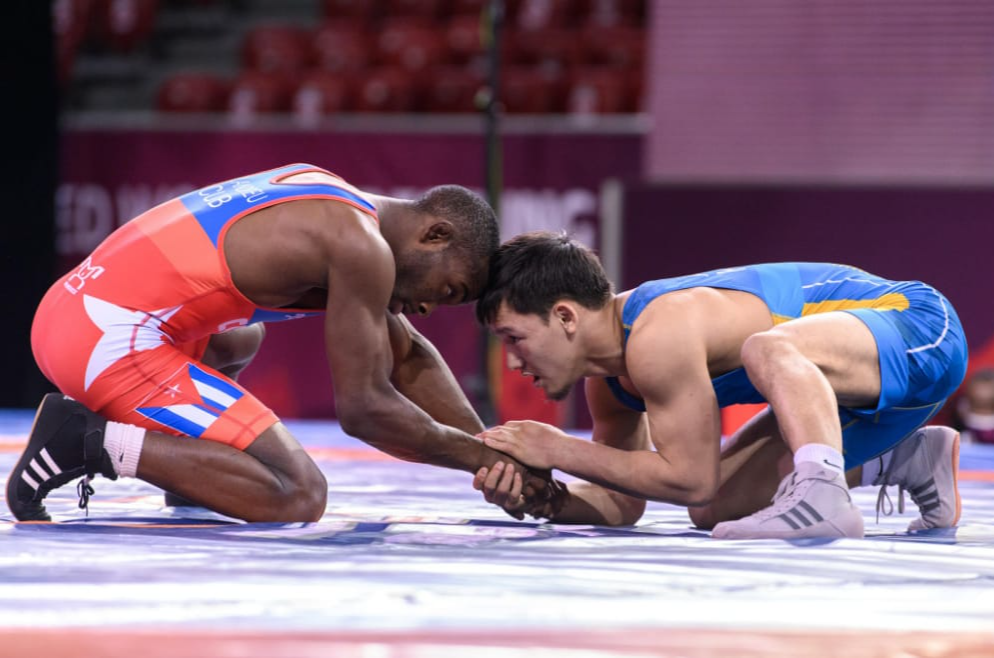 Havana, September 17 (RHC)-- Cuban freestyle gladiator Reineris Andreu, 57 kilograms (kg), will be today in the repechage of his division, and will make his debut Alejandro Valdes (65 kg), in the World Wrestling Championship held in Belgrade, Serbia, until next Sunday.

Andreu, world champion in the under 23 category in Budapest, Hungary, three years ago, will face Colombian Oscar Eduardo Trigueros in the repechage, and if he wins, he will face Uzbekistan's Gulomjon Abdullaev.

In the event of winning those two bouts, the Cuban wrestler would challenge for one of the bronze medals against Serbia's Stevan Andria Micic, who lost 1-6 in one of the semifinals to Albania's Zelimkhan Abakarov, according to the tournament's official website.

On Friday the island athlete debuted with 10-0 victory by technical superiority (ST) against South Africa's Jakobo Tanki, in the qualifying round which allowed him to advance to the round of 16.

In that round he could do little against Abakarov, who came out on top 10-0 by ST, and then got two more wins to reach the title discussion.

With this performance, the Albanian representative dragged Andreu, who still has a chance to be a medalist, to the playoffs.

Also this Saturday, for the Caribbean nation, Valdés, owner of two world bronze medals, will face China's Shaohua Yuan in his opening bout, in search of a place in the round of 16.

So far, Cuban gladiators have not been able to reach the podium of awards in this strong competition.

Luis Orta (63 kg), Tokyo 2020 Olympic gold medalist in the Greco-Roman modality, and freestyle female Laura Herin (53 kg), winner of the Pan American wrestling crown in Acapulco, Mexico, last May, have been the best performers so far, reaching the quarterfinals.