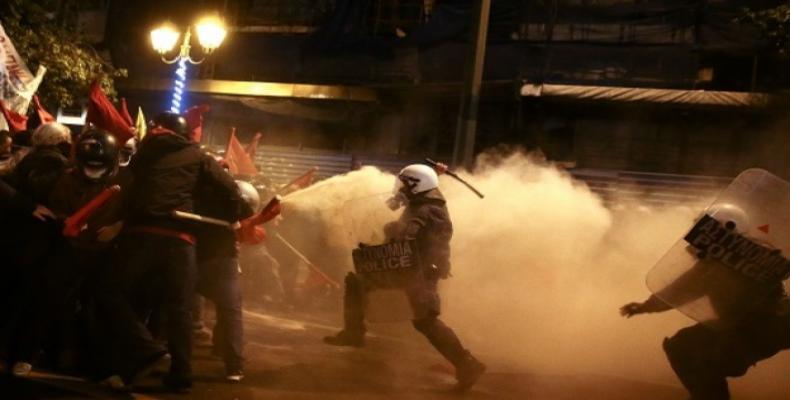 Athens, November 16 (RHC)-- Violent clashes have broken out between Greek police and demonstrators protesting U.S. President Barack Obama's visit to Athens.  Riot police used teargas to disperse a crowd of nearly 10,000 protesters who had taken to the streets in central Athens on Tuesday.

The protesters had initially planned to march towards the U.S. embassy, but clashes with police disrupted the march.  Greek authorities had banned protests in the city during Obama's visit, with police parking buses along the U.S. president's route.

The protests turned violent after demonstrators attempted to break through police cordons around the Greek parliament and U.S. embassy.