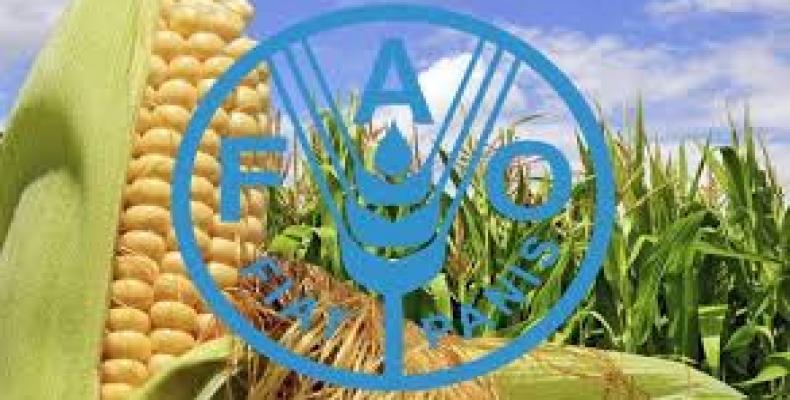 United Nations, December 10 (RHC)-- Despite a slight fall in prices across food commodities in November, prices are 10.4 percent higher than in November of last year.  World food prices edged lower in November, interrupting an almost continuous trend higher this year, according to the United Nations food agency.

Except for a downward tick in July, the Food and Agriculture Organization's food price index had been rising steadily this year after hitting a seven-year low in January.  FAO said in a statement the index, which measures monthly changes for a basket of cereals, oilseeds, dairy products, meat and sugar, averaged 171.3 points in November, 0.4 percent below the month before.  But prices were 10.4 percent higher than in November of last year, it added.

Sugar prices dropped 8.9 percent in November from the previous month, largely due to a weakening of the Brazilian real against the U.S. dollar, according to the FAO.  At the same time, vegetable oil prices were up 4.5 percent on the month to their highest level since August 2014, meat prices were unchanged and cereal prices fell slightly.