10,000 to Be Evacuated Due to Flooding in North Peru 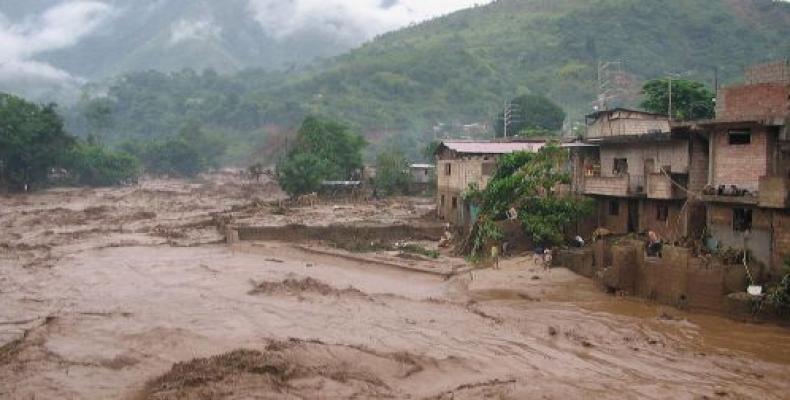 Residents of Piura, capital of the northwestern state of Piura, and surrounding communities have been inundated since a torrential downpour over the weekend lashed the city for 15 hours.

The rains caused the Piura River to burst its banks, with 3,400 cubic meters of water per second coursing through, killing four people.

"The important thing now is to relocate 10,000 people who are in Catacaos (a village near Piura) to a safe place," Peru's President Pedro Pablo Kuczynski said during an inspection of the area.

The president said residents will probably have to remain at the shelters as long as a month, but added the river's waters had subsided in the past few hours to some 1,500 cubic meters per second.

Since December, Peru has been pummeled by torrential rains caused by the so-called Coastal El Nino phenomenon, sparked by unusually high sea temperatures.

Flooding and mudslides have claimed at least 90 lives and left more than 120,000 people homeless.