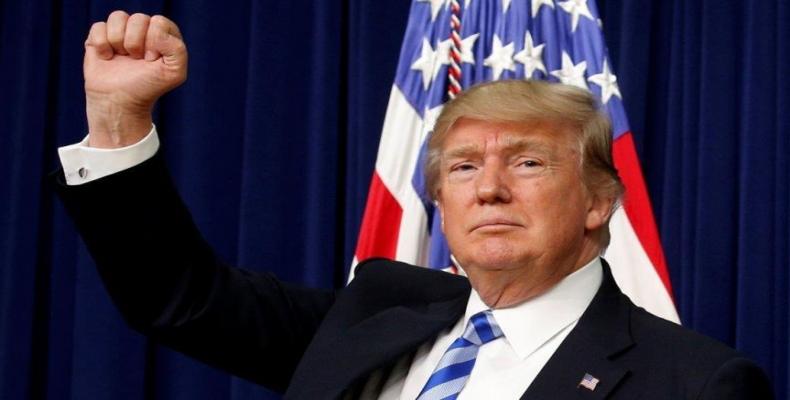 Washington, May 24 (RHC)-- U.S. President Trump has unveiled a $4.1 trillion budget for the next year.  The plan includes massive cuts to social programs, while calling for historic increases in military spending.  The budget plan for 2018, entitled "The New Foundation for American Greatness,” is being seen as a direct attack on the working class and poor.

The White House proposed budget would slash $800 billion from Medicaid, nearly $200 billion from nutritional assistance programs, such as food stamps and Meals on Wheels, and more than $72 billion from disability benefits.  The plan would also completely eliminate some student loan programs.

Trump's budget plan would ban undocumented immigrants from receiving support through some programs for families with children, including the child care tax credit.  The budget also calls for an historic 10 percent increase in military spending and another $2.6 billion to further militarize the U.S.-Mexico border, including $1.6 billion to build Trump’s border wall.

The proposed budget projects three percent economic growth -- which economists say is widely unrealistic.  Unlike previous presidents, Trump is unveiling his proposed budget while he is abroad, currently on a nine-day global tour.  David Stockman, former budget director for President Ronald Reagan, said: "This budget is dead before arrival, so he might as well be out of town."