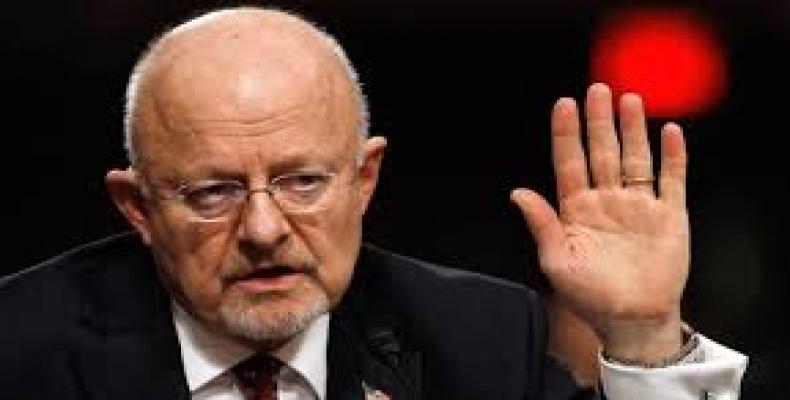 Washington, August 28 (RHC)-- It takes a “fit of anger” for U.S. President Donald Trump to start a nuclear war against North Korea, says the former director of national intelligence, arguing that the country’s nuclear system is designed for a “rapid response.”

James Clapper appeared on CNN and said: "The whole system is built to ensure rapid response if necessary. So there's very little in the way of controls over exercising a nuclear option, which is pretty damn scary."

The retired lieutenant general in the United States Air Force voiced concerns about Trump’s access to the nuclear codes.  "In a fit of pique he decides to do something about [North Korean leader] Kim Jong Un, there's actually very little to stop him," said Clapper, who served under former President Barack Obama.

"I really question his ability to be -- his fitness to be -- in this office, and I also am beginning to wonder about his motivation for it," he asserted, censuring the president for his "behavior and divisiveness and complete intellectual, moral and ethical void."

Mental health professionals have already warned that President Trump is showing classic signs of mental illness, including malignant narcissism.  James Clapper said: "How much longer does the country have to, to borrow a phrase, endure this nightmare?"