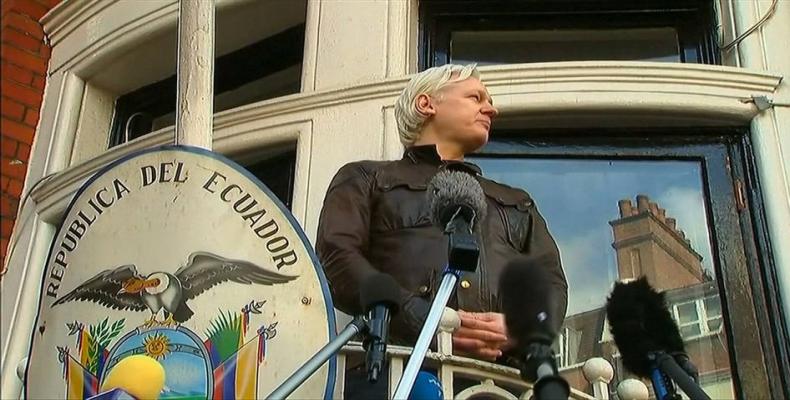 Quito, Feb 8 (RHC)-- In Quito, the Ecuadorean capital, President Lenin Moreno affirmed that his country would continue to protect Julian Assange, who has been holed up in the Ecuadorean Embassy in London for over five years.  Earlier this week, a UK judge ruled to uphold the British arrest warrant for the WikiLeaks founder, who is unable to step outside the embassy in the British capital for fear of being arrested and deported to the United States to face pending charges there.

Assange’s lawyers tried unsuccessfully to argue the British arrest warrant for jumping bail should be rescinded, because it’s related to a Swedish sexual assault investigation against Assange that has since been dropped.  The ruling means Assange’s legal situation has not changed.

After the British ruling, Ecuadorean President Lenín Moreno said Ecuador would continue to protect Assange.  President Moreno said: “We are not afraid of anything, of nothing other than those that escape the respect of freedom, respect for dignity.  That is the only thing we can fear. Mr. Assange is an inherited problem.  He is a problem that is not comfortable, under no circumstances.  No country would be comfortable in a similar circumstance.  However, we have made a commitment from the start to continue protecting the life of Mr. Assange, which we think is in danger.”