Officials say thousands of U.S. troops could be sent to Mexico border 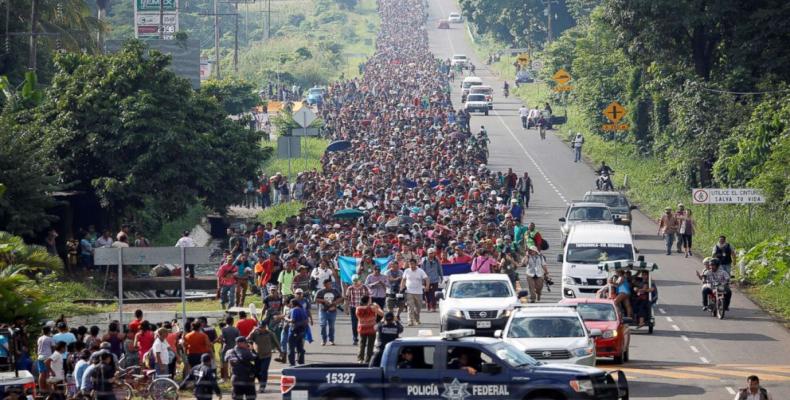 Washington, October 30 (RHC)-- The total number of U.S. troops being deployed to the border with Mexico to try to stop a caravan of migrants could be in the thousands, according to a U.S. official, a much higher estimate than the 800 to 1,000 initially forecast.

The U.S. official told Reuters on Monday that as many as 5,200 active-duty troops could be sent to the southern border but there is no firm figure yet.  Last week, U.S. Defense Secretary Jim Mattis authorized the use of troops and other military resources for stopping the migrant caravan from Central America.

Officials at the time said Mattis’ authorization did not include a specific number of troops, something that would be determined at a later point.  The mission aims to bolster President Donald Trump’s efforts to stop Central American migrants trekking toward the United States.

Trump, who campaigned against illegal immigration to win the 2016 US presidential vote, has seized on this caravan in the run-up to the November 6th mid-term congressional elections.

Mattis told reporters traveling with him in Europe over the weekend that the U.S. military has already begun delivering jersey barriers to the southern border.  National Guard troops routinely perform those same functions, so it is not clear why active duty forces are being used.

The National Guard is often used by states to help with border security.  But active duty troops are rarely deployed within the United States except for domestic emergencies like hurricanes or floods.