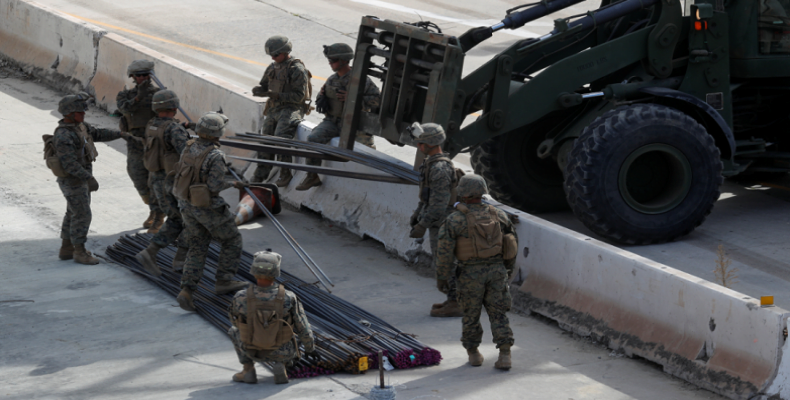 Washington, November 21 (RHC)-- The Donald Trump administration is reportedly beginning to draw down the nearly 6,000 troops stationed at the U.S.-Mexico border, with all active-duty military expected to leave their stations within a month.

In the run-up to the midterm elections two weeks ago, Trump deployed military troops to the border to protect against what he called an “invasion” of Central American migrants, at one point suggesting he could send up to 15,000 troops.

Defense Secretary Jim Mattis visited soldiers last week and admitted there was no clear long-term plan for the military deployment.

This comes as CNN is reporting President Trump is planning to grant new authority to troops to use military force against migrants if they determine the migrants pose a threat of violence to Border Patrol officers.  The Pentagon had previously denied a request from Homeland Security to allow troops to perform law enforcement duties, which could constitute a violation of the Posse Comitatus Act.