France to crack down on “yellow vest” protests 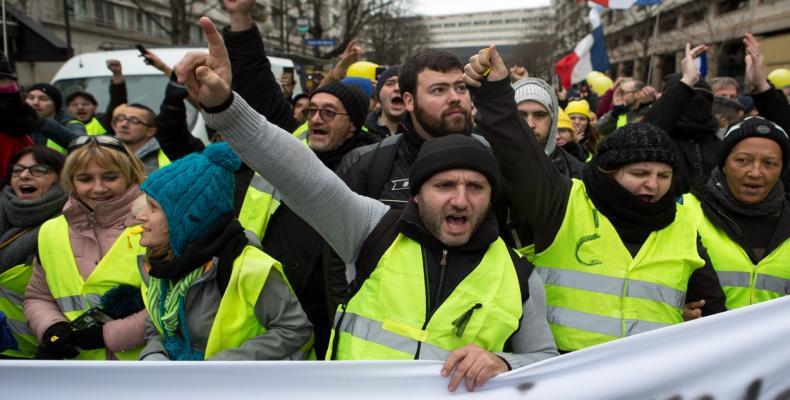 Paris, March 21 (RHC)-- France has announced tough new measures on “yellow vest” protests as the anti-government demonstrations entered its fourth month, marked by clashes with the police, nearly 200 arrests and damage to businesses by some protesters.

During the latest protests, police used tear gas and water cannons on crowds in Paris.  Prime Minister Édouard Philippe has now banned the yellow vests from the Champs-Élysées and certain neighborhoods, has well as announced the shutdown of any protest that included violent or “ultra-radicalized” groups.   The French prime minister also said the Paris police chief would be replaced and police officers would be granted more autonomy.