Clashes break out during 39th weekend of Yellow Vests protests 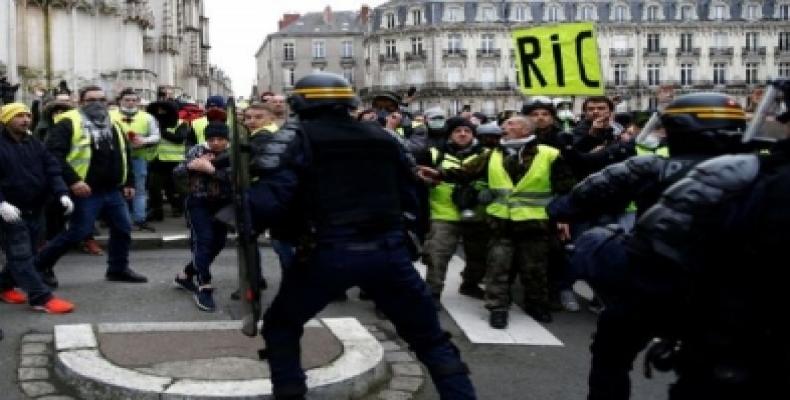 Paris, August 10 (RHC)-- In Paris, police clashed with Yellow Vest protesters who had hit the streets of the French capital for the 39th consecutive week.

Video footage shows protesters confronting police during the march and medics tending to a protester who had collapsed on the ground.

Since its beginning in November, tens of thousands have marched every Saturday through the streets of many cities around France over a variety of grievances, ranging from taxes on fuel to income inequality -- calling for the resignation of President Emmanuel Macron.