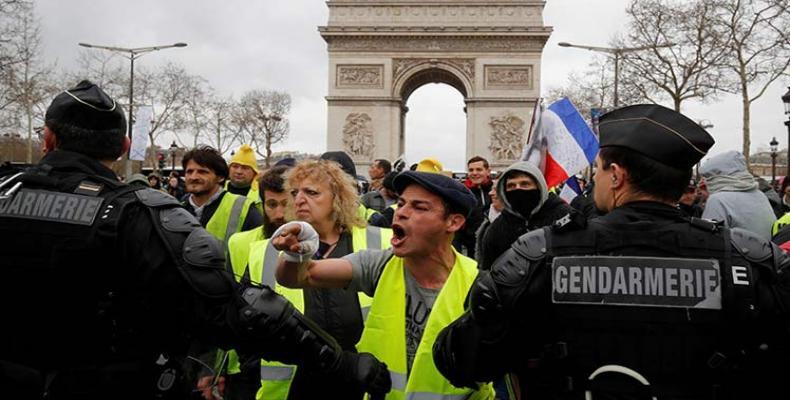 Paris, August 4 (RHC)-- In France, at least 30 people were arrested and several injured as the ‘Yellow Vests’ protested in the city of Nantes on Saturday.

Protesters hit the streets for the 38th week in a row.  Added to the list of demands was justice for the death of Steve Caniço, a young protester, who was found drowned in the Loire River on July 30, 2019, following clashes with the police.

Police responded to today's protests with repression, using tear gas and water cannons against those marching.  Preliminary reports say about 30 people were arrested by the authorities.  Some of the placards included: "Justice for Steve," "Rest in Peace Steve" and "Neither forgive nor forget."

Protesters say that a number of people fell into the river that day while escaping teargas and rubber bullets, fired by police to disperse protesters.

The French government says they will conduct further investigations, but that they do not believe that the police used excessive force.  This is the 38 consecutive week of demonstrations against French President Emmanuel Macron.