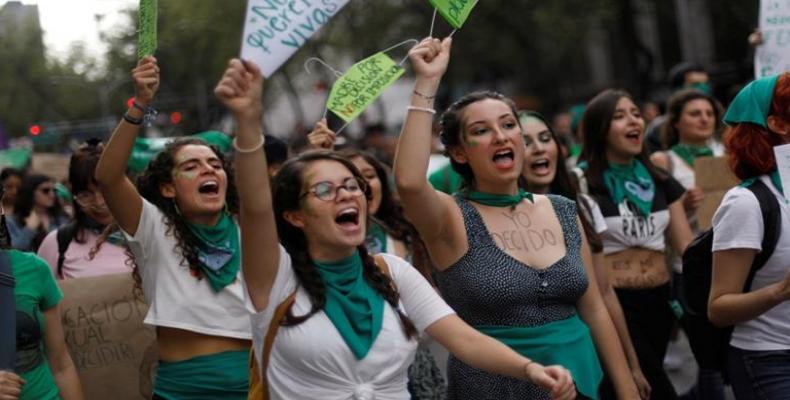 Mexico City, August 1 (RHC)-- Scores of women took part Friday in a march to Mexico’s Supreme Court to demand the nationwide decriminalization of abortion days after the tribunal overturned a lower-court ruling that feminists saw as a step toward eliminating criminal penalties for terminating a pregnancy.

The police prevented the protesters from reaching the Supreme Court building, located on Mexico City’s giant central square, the Zocalo.

Police commanders met with march organizers at the start of the procession with the aim of reaching accords that would ensure the demonstration went off peacefully.

Just a few minutes into the march, however, some of the protesters grew agitated over the sudden appearance of some male cops.

“It’s important to exercise pressure so that Veracruz and the rest of the country be in favor of women’s bodily autonomy,” one of the marchers told EFE.

While terminating a pregnancy is permitted in the case of rape throughout Mexico and most states also allow it to preserve the life and the health of the mother, only in Mexico City and the state of Oaxaca is abortion fully legal.