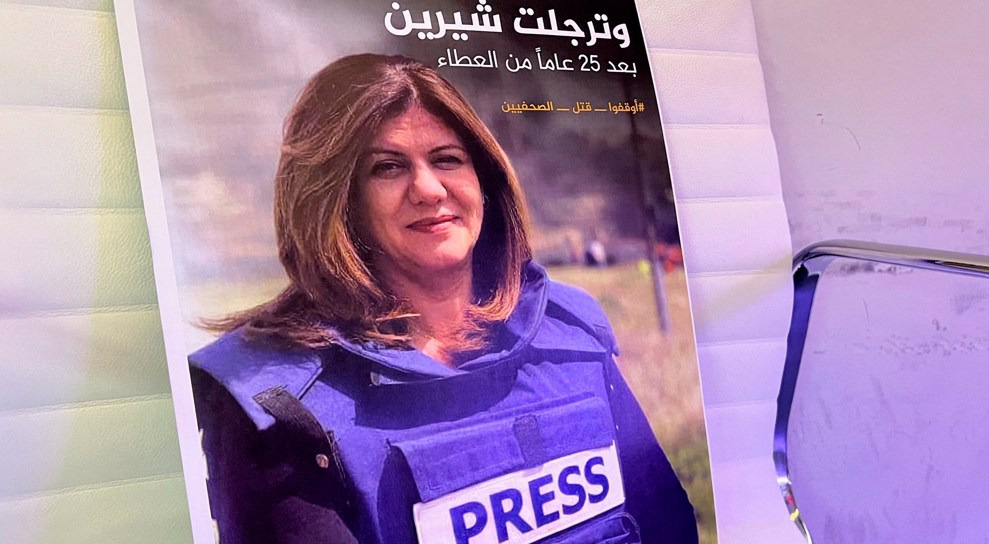 United Nations, May 24 (RHC)-- Ireland’s Permanent Representative to the United Nations has said her country will host an informal meeting of the Security Council that will discuss media freedom and shine a light on the killing of Al Jazeera journalist Shireen Abu Akleh.

Geraldine Byrne Nason said on Monday that all 15 members of the Security Council are expected to attend Tuesday’s session that will address media freedom and the safety of journalists – issues that have been highlighted by Abu Akleh’s killing on May 11th.

The announcement comes after Abu Akleh, 51, a veteran Al Jazeera Arabic television reporter, was shot and killed while covering an Israeli army raid in the occupied West Bank city of Jenin.  Al Jazeera has accused the Israeli army of killing Abu Akleh “in cold blood”  and have called for an independent investigation.

Witnesses and colleagues at the scene have said that Israeli forces shot Abu Akleh and injured another Palestinian journalist.  The Israeli military and prime minister initially said Palestinian fighters may have been responsible. It later said Abu Akleh may have been mistakenly shot by Israeli army fire.

Last week, Israeli media reported that the Israeli military will not be conducting a criminal investigation.  The killing of Abu Akleh, a Palestinian American and a household name across the Arab world, has garnered international condemnation.

Condemnation grew after Israeli forces beat pallbearers with batons during Abu Akleh’s funeral in Jerusalem, causing them to nearly drop her coffin.

On May 13, the Security Council called for an “immediate, thorough, transparent, and fair and impartial investigation” into Abu Akleh’s killing and stressed the need to ensure accountability.

The UN’s Human Rights Office also called for an independent probe and said the killing may constitute a war crime.  “The killing of Abu Akleh is another serious attack on media freedom and freedom of expression, amid the escalation of violence in the occupied West Bank,” said UN experts on May 13th.

The UN experts said Abu Akleh’s death came amid a high rate of attacks against Palestinian journalists, and rising violence in the occupied West Bank and Gaza. Last year, the experts said, marked the highest number of Palestinian deaths resulting from confrontations with Israeli forces since 2014.

Under international law, journalists must not be targeted and should be protected as civilians.  On the day she was shot, Abu Akleh was wearing a helmet and a vest that clearly identified her as a journalist.

The Doha-based network has said Abu Akleh’s killing was “intended to prevent the media from conducting their duty.”

On Monday, the Palestinian foreign ministry announced it has formally asked the International Criminal Court to conduct an investigation into the killing of the Al Jazeera journalist.

The UN’s Secretary-General Antonio Guterres said he was “appalled by the killing.“